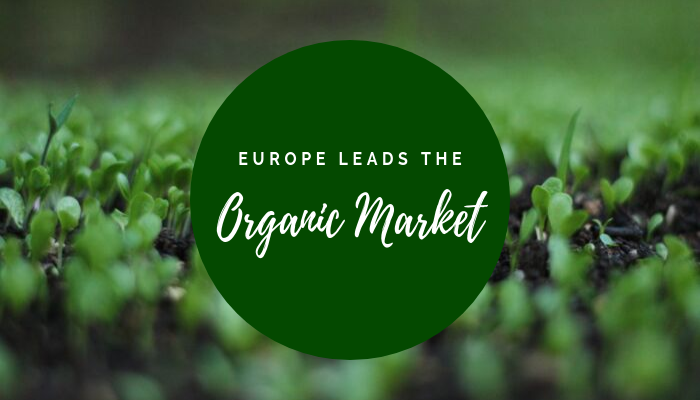 In the last 10 years, the total number of new food and drink product launches globally with an organic claim rose from 6% to 10%, according to Mintel.

Research shows that Europe is leading the way in terms of organic food and drink innovation, as nearly a fifth of all food and drink products launched carry an organic claim. In the last decade, the number of launches shot up from 9% to 17%. Current leaders in the region include France, Germany and Spain.

Millennials and Gen Zs are the most likely to purchase organic food and drink among consumers in France, Germany, Italy, Spain and Poland . Italian Millennials were found most likely to buy the products, followed by their German counterparts. In Poland, Gen Z is most interested, with 83% claiming to buy such products, compared to 80% of Millennials.

North America also experienced a significant increase with the number of organic food and drink products growing from 9% in 2009 to 15% in 2019. Additionally, the availability of organic products in Asia Pacific, Latin America, Africa and the Middle East has risen slightly, but less than one in 20 food and drink launches between August 2018 and July 2019 carried an organic claim in each of these regions.

"Organic produce has seen growing support among European consumers at a time of increasing concerns for wellbeing, health and the environment," said Katya Witham, Global Food & Drink Analyst at Mintel. "Although organic products have fully entered mainstream channels and continue to gain traction with shoppers, the organic segment still offers innovation opportunities across numerous food and drink categories. This is especially true in categories where organic claims have previously played a minor role, such as wine."

The share of organic food and drink launches in Europe with "suitable-for" (free-from) experienced growth as well over the past 10 years, rising from 20% to 43%. Ethical claims also increased as 41% of all organic launches in Europe were positioned as "ethical" and "environmental" as of July 2019, compared to 23% 10 years ago.

"Organic claims are increasingly becoming part of wider health and ethical product positioning, hence the popularity of launches with free-from and ethical claims," explained Witham. "Veganism/plant-based is one of the hottest trends in food and drink right now, so it seems natural that organic producers are linking the two."

Witham noted that almost half of vegan food and drink products launched in the past 12 months were positioned as organic. "Given the trend towards veganism, plant-based organic brands are taking their lack of animal-derived ingredients to the next level, highlighting a more holistic approach," the analyst added.

So, should everything be organic? Not necessarily, according to the the Environmental Working Group (EWG).