Aug 3, 2018
How to Get Millennials to Eat at Your Restaurant
By Jennette Rowan 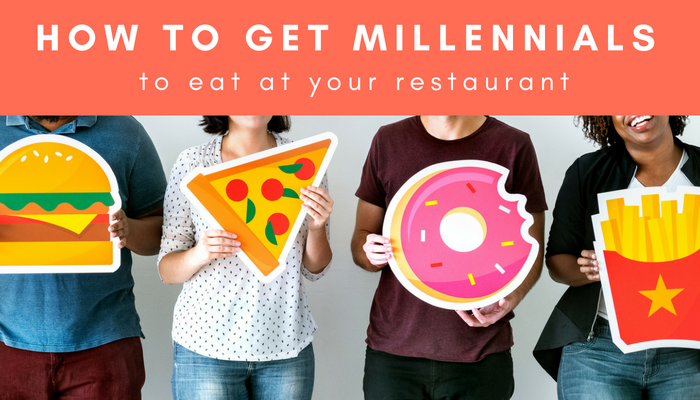 In an increasingly crowded restaurant space, everyone wants to know how to get more customers through their doors. Particularly important is the Millennial generation, which is seen as a key cohort to win over, as it has some of the biggest buying power.

Even though the generation has been a part of the spending population for a while now (the generation is about 22-37 years old), no one seems to understand what they want. Restaurants in particular have been trying to pin down their needs and desires for years now, some more successfully than others. It was long assumed Millennials wanted trendy, healthy and Instagram-worthy foods like quinoa, kale and avocado toast, while shying away from inexpensive, unhealthy and traditional treats. But now, some chains are beginning to rethink this notion, finding there is more to winning over the cohort than simply better-for-you fads.

Applebee's has been struggling to regain its relevance for the past few years, after a few missteps trying to make itself appear more hip and young, reported Business Insider (Aug. 2). For example, it installed wood-fire grills in all of its locations in an effort to attract higher-income and Millennial customers. Now, it is getting back to its roots, revisiting the strategies that made it popular in the first place. "We're not a hip and trendy brand," said brand president John Cywinski. "We're not pretentious, we're all-American in every respect."

Cywinski notes value is the key to winning back its core customers, which does include Millennials. "Value is very important to the Millennial crowd, alcohol is very important to the Millennial crowd. Innovation is also important." It has seen success in driving traffic with deals like all-you-can-eat riblets and $1 to $3 cocktails. Cynwinski points to the fact that Millennials are out of college and starting families, and saving money is becoming a top priority. He also notes, even though health consciousness is a major trend, diners at Applebee's still "love bacon and cheese."

That appeal of comfort foods could be the thinking behind Panera's latest menu item, the Double Bread Bowl. The item, which is precisely what it sounds like, will be available in a handful of Philadelphia-area locations from August 5 through the 31, reported Eater (July 31). If the dish is a hit, Panera may expand it to other markets, which would not be surprising given the hysteria around the launch announcement. Despite Panera's normal penchant for healthy, fresh foods, this menu addition shows Panera sees the advantage to offering a mix of health and comfort, which could be another key to keeping Millennial customers happy.

Other chains have begun to rethink that high-end, trendy idea of attracting Millennials, and instead of offering acai bowls and fresh-pressed juices, they are creating high-quality food, with a brand that resonates with the generation. Schlotzsky's is converting its brand to a fine-casual concept to appeal to more Millennial and Gen X customers, reported Bizwomen.com (Aug. 1). The updates include a fresh design that reflects the chain's Austin, TX, roots and a menu that includes new categories such as tacos and sliders, as well as beer and wine. Currently, 18 restaurants have converted, and all 400-plus units are expected to be "Austin Eateries" by the end of 2019.

Drawing inspiration from food trucks may be a smart idea, as the mobile foodservice market is expected to grow 9.6% through 2022, according to a report by Technavio. The increasing demand for food trucks is being driven by the rising Millennial population and demand for fast food, especially in emerging economies.