Aug 22, 2019
How Common is Online Grocery Shopping?
By Victoria Campisi 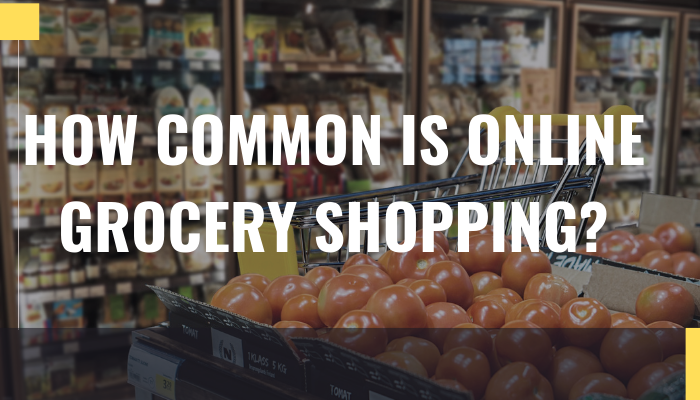 Although the internet is transforming many aspects of life, it looks like Americans are sticking with the traditional ways of getting food.

Most people are still shopping for groceries in person a grocery store, eating meals at restaurants and ordering food for take-out or delivery, according to a Gallup poll.

The poll found that 81% of Americans never order groceries online with just 11% doing so monthly. Similarly, 88% of adults never order meal preparation kits containing fresh foods online, while 7% do so at least once a month.

In-store grocery shopping is by far the most common way Americans get food, with 83% shopping at grocery stores at least once a week.

Gallup took a similar survey about ordering groceries online in 2017, and the results have not changed much since then. In 2017, 84% never ordered groceries online, and 9% did so at least once a month.

However, online grocery shopping is more common among parents and upper-income adults, as 19% of those with children under the age of 18 order groceries online monthly, as do 18% of those with annual household incomes of $100,000 or more.

Americans between the ages of 30-49 are among the subgroups most inclined to get groceries online and adults who are employed full-time are slightly above the national average for buying groceries online. This could be because they are doing so out of convenience and are likely not intimidated by the additional service charges.

Meanwhile, there was an increase in 2019 in the percentage who report eating out at restaurants on a weekly basis or more often—to 53% from. The increase is most apparent among lower-income and middle-income families, while the percentage of upper-income adults dining out at least once a week is steady.

Age is a stronger predictor than income of how often people order takeout or get delivery. In each income category, younger adults are significantly more likely than older adults to do so. For example, in the middle-income category, 81% of those aged 18-49 get takeout or delivery at least monthly, while dropping to 62% for those aged 50 or above.