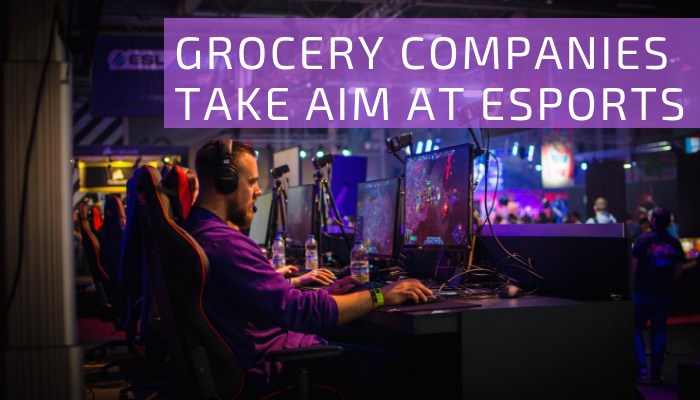 A pair of grocery companies are making their mark in the eSports world.

H-E-B partnered with the Houston Outlaws, a team in Activision-Blizzard's Overwatch league. The first-person hero shooter team will wear jerseys adorned with the H-E-B logos on the sleeves of their uniforms for both home and away matches, starting April 13 at the opening match of Stage Two.

"We are excited to be an official sponsor of the Houston Outlaws," said Cory Basso, H-E-B Group VP of marketing and advertising. “Our customers are participating in eSports, and we're looking forward to our first eSports sponsorship in the Overwatch League."

Procter & Gamble will be the exclusive vendor partner of the team, providing Old Spice, Gillette, Tide and Bounty products for showcase during games. The games are part of the The NBA 2K league, a joint venture between the NBA and video game publisher Take-Two Interactive. The NBA 2K League's season will feature 21 teams and began April 2 and will conclude Aug. 3 with the 2019 NBA 2K League Finals. The NBA 2K League features partnerships with NBA teams; the Washington Wizards are linked to Wizards District Gaming.

"We are excited to welcome back Giant and P&G as partners for season two of Wizards District Gaming in the NBA 2K League," said Jim Van Stone, president of business operations and CCO of Monumental Sports & Entertainment. "Giant and P&G played a key role in fueling our success in the inaugural season both in the studio and away from the consoles and we appreciate their continued commitment to our players' well-being."

"Giant Food is thrilled to be returning for the second year as the sponsor of Wizards District Gaming," said Giant Food president Gordon Reid. "Giant remains committed to being an active member in our communities through exciting partnerships like this one in the esports industry."

The plays (pun intended) into the eSports sector could prove to be quite profitable, as Newzoo projects the eSports market will top $1.1 billion in 2019, representing year-on-year growth of over 26.7%. Newzoo reported about 82% of that market will come through endemic and non-endemic brand investments, with sponsorship itself generating $456.7 million during the year. However, the exposure the brands will have at a growing audience will likely pay for themselves.

For the uninitiated, the existence and popularity of eSports will likely come as a surprise, but the industry has been making headwinds the past few years. The ESPN, Disney and ABC family of networks broadcast the Overwatch League Season 1 grand finals from the Barclays Center in July 2018 for instance, and a growing number of high schools are offering varsity letters for eSports. And for those purists who believe a "sport" must require athletic activity, it's worth noting many professional athletes play video games in their spare time, sometimes even streaming their sessions.

Additionally, Giant Food, H-E-B and Procter & Gamble aren't the first to try to leverage the popularity of video games. The Hershey Co. partnered for TwitchCon 2018, which we previously covered in The Food Institute Blog. At the time, I wrote about how Burger King and PepsiCo's Mountain Dew brand partnered with video game companies to cross-promote products by offering additional experience in-games or other unique rewards.

Giant Food, Procter & Gamble and H-E-B are betting on a different dynamic, however. It is one thing to leverage the enthusiasm of individual fans as they play their favorite video game; it's something different entirely to sponsor a team beloved by fans. And if the projections are correct, their bet is on an emerging forum that has years of growth in its future.