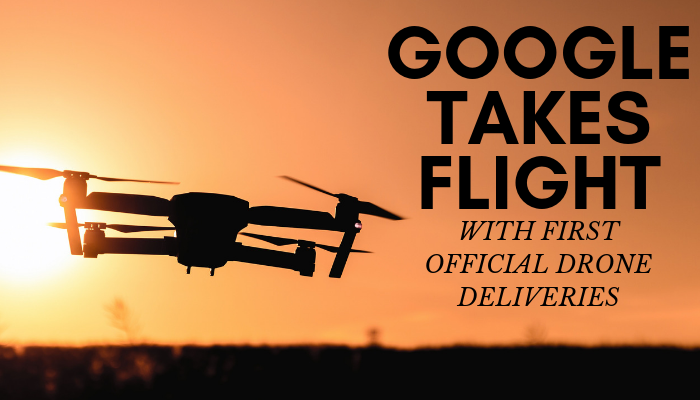 Google may have been the first to receive Federal Aviation Administration (FAA) approval for drone deliveries, but the technology still has a way to go.

On April 23, FAA awarded the first air carrier certification to a drone delivery company in Google's Wing Aviation LLC after demonstrating that its operations met the FAA's rigorous safety requirements to qualify for an air carrier certificate. Wing partnered with the Mid-Atlantic Aviation Partnership and Virginia Tech, as one of the participants in the Transportation Department's Unmanned Aircraft Systems Integration Pilot Program.

"This is an important step forward for the safe testing and integration of drones into our economy. Safety continues to be our Number One priority as this technology continues to develop and realize its full potential," said U.S. Secretary of Transportation Elaine L. Chao.

The certification allows Wing to begin commercial package delivery in Blacksburg, VA. Wing plans to reach out to the local community before it begins food delivery, to gather feedback to inform its future operations.

This is not the first government approval Wing has received. Earlier in April, Wing launched in North Canberra, Australia. The service allows customers to order a range of items such as fresh food or hot coffee on the mobile app, to be delivered in minutes. The service will initially be available to a limited set of eligible homes in the suburbs of Crace, Palmerston and Franklin, with gradual expansion to more customers. FAA noted the Australian launch helped to inform its decision-making.

Zipline's launch is indicative of the rest of the world's view towards drone delivery. Although Amazon CEO Jeff Bezos first began speaking about drone delivery in 2013 (and missed a self-imposed deadline of 2018 for the technology), the rollout has been slow. Whereas Zipline has been making drone deliveries of medications since 2016, it wasn't until March 2019 that UPS, FAA and Matternet were allowed to use drones to deliver lab samples.

In the U.S., Google's competitors are working on their own drone delivery solutions. Amazon applied to patent technology that would allow robots to access a customer's home or office to deliver packages. The patent application describes a flying drone or other type of delivery robot using a digital key to gain access to the package drop-off destination, reported Puget Sound Business Journal (Dec. 6, 2018). Walmart was reportedly working on its own drone delivery solution, as well.

Despite the two regulatory wins for Wing in April, the tests remain small with many restrictions. Drones have specific routes they may travel, and specific time lines for delivery. Although FAA's approval for Wing in Virginia bodes well for the industry, much more work remains before drones become the primary delivery vehicle in the U.S.