Oct 3, 2019
The Purchasing Power of Gen Z
By Victoria Campisi 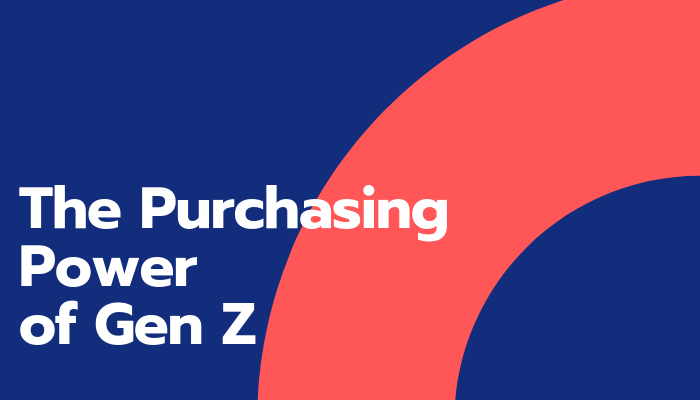 The youngest generation may be the biggest group of influencers.

Gen Z has a significant influence on household purchases, states the National Retail Federation. According to the latest Consumer View report, 87% of parents say their children influence at least some aspects of their purchases, either for household items or for themselves. Gen Z is most likely to have an influence on clothes, outings, toys and food purchases.

"We're seeing a shift in the way families shop where children are much more involved with purchasing decisions,"said Mark Mathews NRF VP for research development and industry analysis. "This year during back-to-school shopping, teens and pre-teens were heavily involved with purchasing decisions and contributed significantly more of their own funds compared with a decade ago."

While Gen Zers may not always expect to be involved in purchase decisions, parents feel it is important to include them for a variety of reasons. Some reasons include that the children will be using the item, their opinion matters to their parents and to teach decision making.

The most common time children are involved is at the front end of a purchase—when researching features and reviews, as well as price checking and looking up product availability. The report also found that Gen Zers influence different aspects of shopping including the specific brands parents consider, important product features, and specific retailers that are considered.

Eighty percent of parents surveyed wish retailers made it easier to involve their kids in purchase decisions, and 84% are more likely to shop at a retailer that does. "As the industry continues to evolve, retailers have a huge opportunity to expand all-inclusive family shopping," added Matthews.

A study by NCSolutions in a partnership with Snap Inc. (creator of Snapchat) found that 63% of sales driven by Snapchat advertisements were a result of ads that only reached household influencers (Gen Z), not the primary household purchasers.

The study shows that even when Gen Zs—as non-purchasers—were the only household members to see a Snapchat ad, they still drove a significant increase in CPG purchase through their household influence. The sales lift was even greater when brands in the study reached both the household purchaser and the younger influencer.

"The youngest generation has been influencing their parents' household purchases for a long time. The difference is that today, there are more channels and methods than ever before to reach shoppers and influencers," said Lance Brothers, chief revenue officer, NCSolutions.

When it comes to dining out, social media is a great way to connect with Gen Z, reported Modern Restaurant Management (Sept. 30). In particular, Instagram has proven successful in engaging buzz for consumers who are looking for something different.

Additionally, studies have shown that Gen Z is 69% more likely to engage with companies that dedicated themselves to social causes. The group is also the largest consumer of specialty food items, which includes organic foods and ethnic meal items.