Apr 10, 2020
The Future of Food Industry Post-Pandemic
By Victoria Campisi 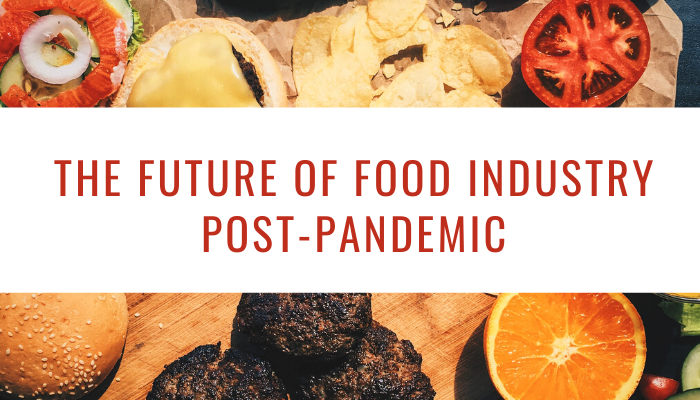 In the aftermath of COVID-19, the food industry as a whole will likely see changes and be forced to adapt to "the new normal."

Additionally, more restaurants will likely have drive-thru components. Fast food restaurants, such as Chick-fil-A, Taco Bell, and Starbucks, are encouraging customers to grab their food to go, making heavy use of their drive-thrus to distribute food, reported CNBC (March 16).

Currently, only about 20% of restaurants in the U.S. have drive-thrus. For those that do, 60-70% of a restaurant's sales come from the drive thru-a percentage likely to rise following the pandemic.

Meanwhile, delivery services will play a greater role as people adjust to life after quarantine. Many restaurants either started delivering on their own or signing up for on-demand services, such as Uber Eats, DoorDash, and Grubhub.

During a March 19 investor call, Uber CEO Dara Khosrowshahi said that Uber Eats alone saw a 10x increase in the number of self-serve signups by restaurants between March 12 and March 19 than it does during a normal week, reported Yahoo! (March 25). The delivery service's small and medium business sales team saw a similar uptick, adding 2.5x more restaurants for Uber Eats a day than it does normally during an average week.

Demand has surged for online grocery shopping, increasing 192%, or a 3x jump versus Aug. 2019, according to David Bishop from Brick Meets Click.

"Every retailer I have spoken with has been overwhelmed in the past couple weeks," says Gary Hawkins, CEO of the Center for Advancing Retail & Technology. "The rapid spike in online volume taxed systems and the flood of business has just overwhelmed retailers' ability to pick, fulfill, and deliver orders, whether BOPIS or home delivery."

It is crucial for grocers to get delivery and pickup right during this time in order to retain customers, even beyond the pandemic.

Sales of processed food are up, trumping healthy food during the pandemic. Many large food businesses, such as Campbell Soup Co., which experienced steady declines in soup sales over the past two years, are now increasing production as demand ramps up, reported The New York Times (April 7). In the last month, sales of Campbell's soup soared 59% from a year earlier, Prego pasta sauce increased 52%, and sales of Pepperidge Farm Goldfish crackers climbed nearly 23%.

Whether the sales will disappear once the shutdown ends will depend somewhat on how quickly the economy rebounds, according to Robert Moskow, an analyst at Credit Suisse.

Analysts say this shift can provide a post-pandemic opportunity for companies to convert first-time shoppers into longtime buyers with packaged, refrigerated, or frozen foods they say are healthier and tastier than they were a few years ago.