Oct 18, 2016
Forget Beef and Chicken, It's Pork's Time to Shine
By Jennette Zitelli 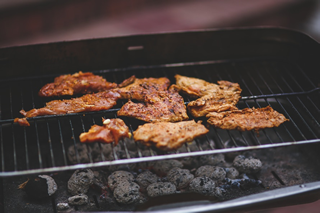 Pork producers have long tried to make their products as popular as other meats, employing slogans like "the other white meat" to grab customers' interest. While beef and chicken still dominate the center of the plate, the pork industry has been largely successful in increasing market share. Annual expenditures of pork increased almost 20% from 2010-2014 (the latest data available), according to The Food Institute's Demographics of Consumer Food Spending report.

While American consumers are buying more pork, this growing demand is largely due to overseas, according to The Maschhoffs' co-owner and vice president Julie Maschhoff. She added that this is making trade agreements increasingly important to family farms and pork producers, reported St. Louis Business Journal. About 25% of the company's pork is exported overseas, with some of the company's best trading partners being Japan, Canada and Mexico. Maschhoff notes, "We want to make sure we have the systems and the agreements in place, so we can continue to have those sales overseas." Asia, Africa and China are areas to watch, she says, as rising incomes and an interest in improved diets may boost the popularity of American pork.

Exports of pork and pork-related products total over 2.2 million metric tons annually, according to the National Pork Producers Council. This represents more than 26% of U.S. production, and these exports add more than $62 to the value of each hog marketed. Nationwide, more than 68,000 pork producers annually market more than 110 million hogs.

While it's undeniable that overseas sales are important, producers are also working on ways to increase consumption here in the U.S. One way is by marketing new cuts of pork, besides the traditional chops, loin and, of course, bacon. Pork belly is starting to move into the mainstream in America, presenting itself as a sort of "bigger, badder bacon," according to Arby’s Restaurant Group's head of product development Jim Taylor. Pork belly's presence on U.S. menus has more than doubled since 2012, running the gamut from fine dining restaurants to food trucks.

This increase in interest may be because the price of pork bellies fell to a seven-year seasonal low this fall, according to USDA. Wholesale bellies are now about $1.10 a pound, down from a record $2.04 in 2014, reported Bloomberg. While bacon costs about half that or pork belly, dishes with belly can usually be priced higher. According to Technomic, the average dish in a U.S. restaurant featuring pork belly cost $14.17 in the second quarter, compared with $9.56 for bacon. Thomas Dritsas, vice president of culinary and corporate executive chef for Del Frisco’s Restaurant Group says, "Everyone loves bacon, but pork belly can be infused flavor-wise and transcends ethnic borders. It is versatile and luscious."

Pork bellies will likely stay on menus, at least for the foreseeable future, as pork prices are expected to continue their decline. In addition, the National Pork Board's director of food-service marketing and innovation, Stephen Gerike, notes "if you want to drive traffic and get attention, pork belly is going to increase same-store sales, because people will want to come and try it."

In The Food Institute's recent webinar "Achieving a self-sustaining business model: Top 3 trends companies need to think about post-COVID-19," Greg Wank, CPA, CGMA, partner and leader of Anchin's food and beverage group, as well as David Eben founder and CEO of Carrington Farms, discussed how to have a more successful business while burning less capital and attaining self-sustainability. The following...