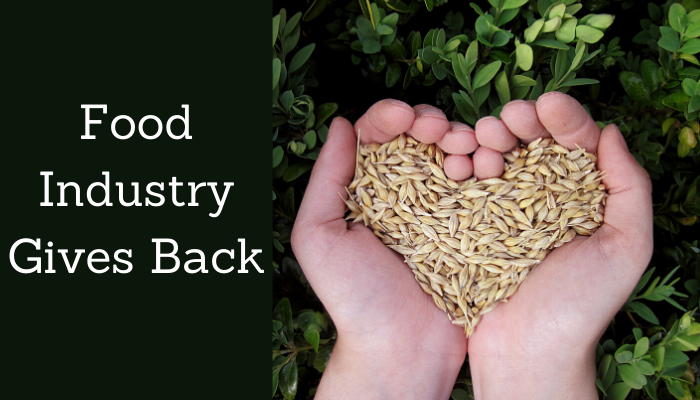 Starbucks is showing its appreciation for first responders by giving them free coffee, reported The Daily Meal (March 26). All customers who identify as frontline responders to coronavirus can receive a tall hot or iced coffee at no charge until May 3.

The chain also announced that The Starbucks Foundation, its philanthropic arm, will donate $500,000 to U.S. frontline responders. Half will support delivery of 50,000 care packages to healthcare workers and half will help delivery of personal protective equipment and essential medical items.

The Global Cold Chain Alliance (GCCA) is partnering with the Distilled Spirits Council of the United States (DISCUS), which launched an online portal to assist hundreds of distillers who are producing hand sanitizer to help solve the national shortage.

“GCCA commends and thanks these distilleries and DISCUS for their efforts in helping fight the spread of the COVID-19 virus,” says Megan Costello, interim president and CEO. “By voluntarily shifting from producing alcohol alone to producing hand sanitizer, they are playing an essential role in helping keep the nation’s food supplies moving. We encourage our members to reach out to a local distillery today.”

Tito's Handmade Vodka recently announced it will due its part during the shortage and start producing its own hand sanitzer, reported Business Insider (March 23). The company plans to make an initial 24 tons of the product and will give it away for free to those who need it most.

The company is also donating $2 million toward coronavirus relief efforts, giving half of the donation to organizations that focus on the service industry including CORE, USBG Foundation, Southern Smoke, and World Central Kitchen. The other $1 million will be donated as further needs become clearer during the outbreak.

Additionally, several companies are making an effort to support the bar and brewery industries, which are struggling to survive. For example, beer rating app Untappd launched an in-app feature called Greglist, reported Food & Wine (March 27). It automatically generates a list of nearby venues or consumers can search by venue name or city. Then, every listing has five options—open, pickup, delivery, curbside, and gift cards—that are marked as either yes, no, or uncertain so consumers know where to go to support their local drinking holes.

Meanwhile, Colorado-based Codi Manufacturing is offering up free mobile canning services to local breweries in need, reported Food & Wine (March 27). As in many states, dine-in services at bars and restaurants are halted in Colorado, only allowing for pickup and delivery. Because many local breweries rely on a taproom model and don't package their products, Codi is lending a hand and giving breweries a way to easily sell to-go beer and generate revenue.

Meanwhile, Bacardi Limited launched #RaiseYourSpirits, an initiative to support bars and restaurants debilitated by the COVID-19 shutdown. The company pledged $3 million in financial aid and other support to assist the people on the frontlines of the industry. This donation is in addition to the $1 million pledged by its Patrón tequila brand last week.

In Canada, Nestle will temporarily raise wages by $3 per hour for on-duty factory and distribution center workers, offer bonuses to factory employees who can't work from home, and pay salaries for up to eight weeks for those affected by temporary retail closures, reported St. Louis Post-Dispatch (March 26).