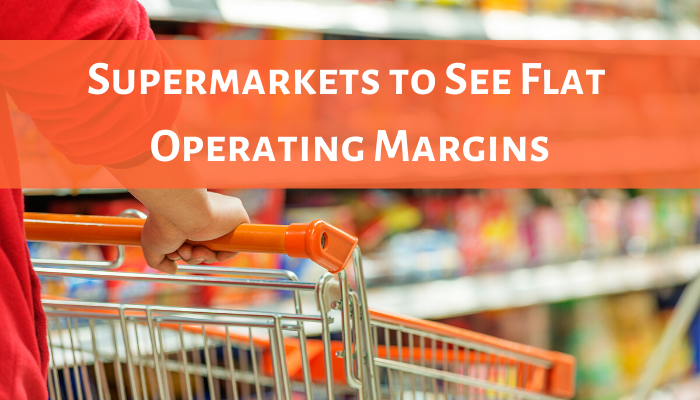 Supermarkets' full-year operating margins will probably be flat due to higher labor and logistics bills, according to Bernstein, reported The Wall Street Journal (April 1).

As the outbreak intensifies, retailers will need to invest in higher wages and paid-leave benefits, as well as making new hires. For example, Target expects changes to worker pay and cleaning routines to cost more than $300 million during the current quarter, while Walmart and Amazon have topped-up hourly wages by $2 on a temporary basis.

Kroger will provide a $2 premium above standard base rate of payfor all hours worked between March 29 and April 18. The Hero Bonus, to be disbursed weekly, is in addition to a one-time bonus for frontline associates, which will be paid April 3.

The company is also forming partnerships to temporarily hire workers furloughed by restaurants, hotels, and foodservice distributors. It already filled over 23,500 new jobs and plans to hire another 20,000 workers.

The UK's largest supermarket, Tesco, is hiring 20,000 extra staff to meet surging demand and provide cover for sick colleagues. The company, which spent 12% of total revenue on salaries in its last financial year, increased hourly wages by 10%.

Lidl U.S. wants to hire up to 1,000 temporary employees during the COVID-19 crisis, reported ABC 11 Raleigh-Durham (March 26). The jobs will be for a minimum of two months across its store network and distribution centers.

The grocery chain recently set up protective barriers at the registers to block germs between cashiers and customers. Kroger, Giant Foods, and Albertsons are also installing plexiglass barriers and partitions to prevent the spread of coronavirus between shoppers and store employees, reported USA Today (March 24).

Additionally, some retailers such as Walmart are deploying temperature checks at stores before employees begin their shifts, reported CNN (March 31). Any employee with a temperature above 100 degrees will be sent home to seek medical treatment, if necessary, but will be paid for showing up.

Bernstein expects comparable sales growth at U.S. grocers will be 3.9% for 2020, up from a forecast of 2.5% before the crisis. But higher costs will eat into these gains, even with the help of tax holidays and economic relief packages announced by governments.