Jul 31, 2018
Fast Casual is the Sweet Spot for Foodservice
By Chris Campbell 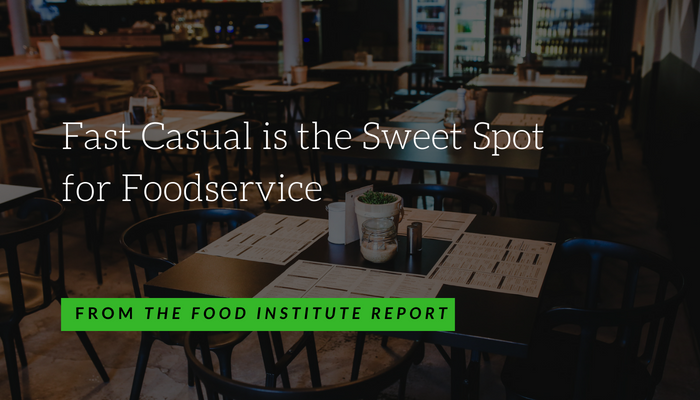 The fast casual channel continues to thrive, with store openings helping prompt 6% growth annually over the past five years, while the overall U.S. restaurant industry deals with a drop in customer visits, according to The Npd Group’s Fall 2017 ReCount restaurant census.

Fast casual chain expansion increased locations to 25,118 restaurants in 2017, up from 19,231 restaurants in 2013. But traffic growth has slowed in the last two quarters, which is likely a negative impact of an increase in store locations. Fast casual traffic was up only 4% in the quarters ending December 2017 and March 2018, compared to a 7% visit growth in the third quarter of 2017.

The key demographic for the fast casual category is customers between 18 to 24 years old and those with a household income of $100,000. Weekday lunch is a popular time for these and other fast casual customers to visit, but all dayparts are showing growth year-over-year.