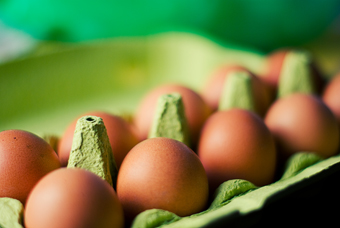 For an industry still reeling from the effects of avian influenza, the European egg market may see some dramatic changes in the coming weeks after a pesticide scare was reported in connection to certain Dutch eggs.

NVWA, the Dutch food and product safety board, issued an urgent warning noting that trace amounts of the pesticide fipronil was found in batches of eggs. Since the initial announcement, the warning has grown to include nearly 20% of Dutch producers, and the total damage could run into the tens of millions of euros. Food retail umbrella group CBL notes that many supermarkets are reporting empty shelves, and it could take until Aug. 14 until supplies are replenished, reported Dutch News (Aug. 7).

Specifically, a number of supermarket chains are responding to the scandal by removing the products from shelves. Aldi withdrew all eggs from sale at its more than 4,000 stores in Germany as a precaution because of the pesticide contamination scare. Aldi will only accept eggs that were tested for fipronil by a public agency or accredited lab, which may result in a shortage, reported Reuters (Aug. 4). Chains including Albert Heijn, Colruyt and Delhaize have followed suit by removing some eggs off shelves in Belgium, reported The Brussels Times (Aug. 6).

Fipronil is a broad-spectrum insecticide that is primarily used in flea control products, household roach traps and field pest control for corn, according to Wikipedia. The pesticide is banned from being used to treat animals destined for human consumption, and the World Health Organization notes extended exposure to the chemical can damage the liver, thyroid glands and kidneys.

Farmers in the Netherlands note millions of hens may need to be culled due to the fipronil scare. Dutch industry group LTO reported consumers are no longer at risk, but it may take months for farmers to cleanse their facilities and resume operations.

"For consumers this is pretty much over, but that is not the case for the farmers. It will take weeks if not months before they can resume production," LTO's Johan Boonen said, reported Reuters (Aug. 7).

For now, the issue seems to be spreading as tracing efforts are completed. The European Union notified food safety agencies in Britain, France, Sweden and Switzerland as a precautionary measure, noting some contaminated eggs could have entered their territories, reported Phys.org (Aug. 7). The problem is not isolated in Europe, however: Hong Kong's Food and Environmental Hygiene confirmed two cases of contaminated eggs, reported XinhuaNet (Aug. 7).

Although the scare is still relatively young, enough time has passed for a few questions to come to the surface: how will this affect the global egg market? Will producers outside of Europe have a chance to export to the continent to help with the shortage? Just how widespread is the contamination issue? While these answers are unclear now, one thing seems certain: the egg market is going to be pretty volatile in Europe for the next few weeks.