May 7, 2019
'Eatertainment' is on the Rise
By Chris Campbell 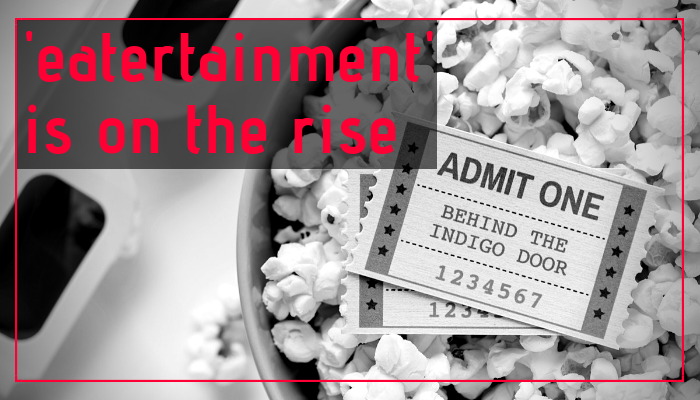 As Avengers: Endgame threatens to become the highest grossing movie of all time, food producers may be eyeing a way to get a piece of the pie. Or popcorn.

The film surpassed the $2 billion mark in its second weekend in theaters, becoming the fastest of five films to ever reach the milestone, including its counterpart, Avengers: Infinity War, reported Variety (May 6). The hype surrounding the movie was substantial, and at least one movie theater chain noted that it boosted concession sales to all-time high levels.

AMC Theaters reported consecutive record-breaking single-day food and beverage sales in the U.S. April 26 and April 27 after the debut of Endgame. On April 26, theaters recorded over $13 million in food and drink sales, and more than $15 million the following day. Noteworthy as well, the company doubled its single-day food and beverage pre-orders through its mobile app and website for the debut of the film.

Anecdotally, I can tell you I almost missed the opening of the movie as a friend waited to grab the sandwich he had ordered from the concession stand. And he wasn't the only one waiting in line to make sure he was well-provisioned for the three-hour epic.

This paints a picture of the emerging and evolving "eatertainment" industry, defined as "an experience which combines eating with entertainment; specifically the sector of the restaurant industry comprising restaurant chains based on an entertainment theme, such as sport, music, or film," according to the Oxford English Dictionary. In a social media world where Millennials and Gen Z want to Instagram both their food and their entertainment, venues that provide an eatertainment experience are likely to succeed.

As the definition suggests, the phenomenon is not limited to movie: sports arenas across the globe are looking for new products to capitalize on the trend. From fried grasshoppers to two-foot cheesesteaks, companies are working with sports team to provide unique and unforgettable dishes that can enhance a fan's experience. It's a long ways away from "buy me some peanuts and Crackerjacks," but the dynamic is largely the same. Whether they are in the stands or at home on their couch, people want to eat while they are entertained.

In fact, about 94% of stadium visitors buy food and beverages at sporting events, according to global data from Oracle. Fifty-eight percent would spend more money if they didn't have to wait in long lines, while over half expressed interest in seeing express lines, a mobile ordering app and a self-service kiosk, app or tablet. Additionally, 76% reported in-seat delivery would improve their stadium experience.

"Venues can no longer think of game-day as a moment in time," said Simon de Montfort Walker, EVP and general manager, Oracle Food and Beverage. "It's an opportunity to engage fans before, during, and after a game in an easy and seamless manner for a fan. For example, loyalty programs members may receive a coupon for a $1 hot dog during the seventh inning stretch at a baseball game or free wings at a venue owned restaurant outside the stadium after a game. It's a win-win that rewards the fan and helps the venue move product and increase revenue."

At least one packaged food and beverage producer noted the impact of movies and sports on their bottom line. J & J Snack Food Corp. CEO Gerry Shreiber stated that although the overall U.S. movie business was down 16% before the premier of Endgame, it was hopeful the added traffic would help the company, reported Seeking Alpha (May 3).

"Well, if we pack them in, in the movies, and particularly if it is kids or adults with a kid's mind oriented, we will do more business at the concessions. We have products in the concessions, both on the beverage side and on the snack and pretzel side, so we're hopeful. Even though they were down double digits, we're hopeful of filling in those pieces," said Mr. Shreiber.

When asked about sports arenas, he continued: "It's hockey season. It's basketball season. I have a tendency to root for a long series because, if they're open, they're playing, we move our couple of hundred cases at each and every location across the country. So we're having a good year with our leisure and theater business, and we expect that to continue."

With films like Spiderman: Far from Home and Star Wars: The Rise of Skywalker slated to open later in 2019, the MLB and NFL playoffs in the distance and the summer music festival season just beginning, there remain plenty of eatertainment opportunities for food and beverage companies to take advantage of. And one thing seems certain: when people watch their favorite entertainment, there's a good chance they are going to feast.