Aug 28, 2017
A Down Year Expected for U.S., World Apple Producers
By Chris Campbell 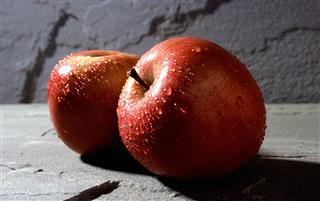 The U.S. Apple Association held its annual Apple Crop Outlook and Marketing Conference Aug. 24 and Aug. 25 in Chicago, IL, and the meeting gave a peek into what is coming for regional U.S. apple growers.

Broken down by region, the U.S. Apple Association estimated a crop of 159.5 million cartons, representing a 1% increase from the five-year average but an 8% drop from last year's harvest. The numbers are significantly higher than those published by the Washington State Tree Fruit Association, which estimated a crop of 130.9 million 40-lb. boxes in 2017. This number would represent a 1.2% drop from 2016, but also the third highest yield on record if realized, reported Yakima Herald-Republic (Aug. 7).

The apple crop in New York is estimated to reach 28 million cartons, a 1% increase from the five-year average and in-line with production in the 2016-2017 harvest season. Overall in the East region, production is expected to jump 8%. California is expected to produce about 1.6 million boxes, reported The Produce News (Aug. 1).

In Michigan, the forecast is fairly low. Producers in the state are expected to produce 20.3 million cartons, representing a 12% drop from the five-year average and a 27% decline from last year. These projections are in-line with recent reports from regional growers, which expected between 75% and 80% of last year's crop in the coming year due to frosts in May, reported The Produce News (Aug. 20).

Across the pond, European apple producers will also experience a down year, according to World Apple and Pear Association member countries. The association projected a crop of 489 million 42-lb. cartons, representing a 21% drop from the 2016 crop and a 23% from the three-year average. About 324 million cartons are projected for the fresh market. Among other non-European producers, Russia, Mexico and Canada are expected to experience drops of 37%, 30% and 5%, respectively, reported The Packer (Aug. 10).