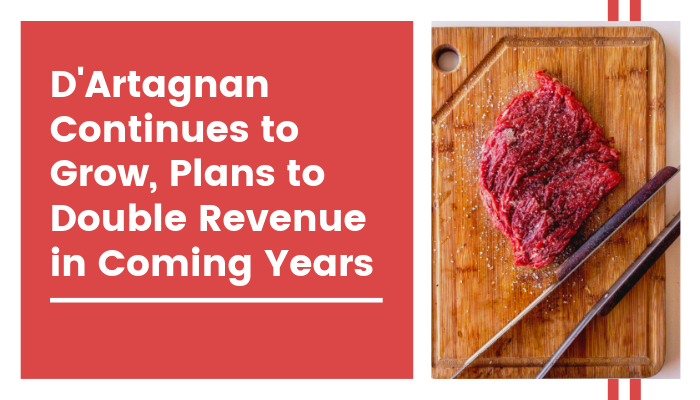 Looking to double in revenue once again over the next couple years, D'Artagnan will make sure it is set up with groups of farmers who are ready to grow along with it.

CEO and founder Ariane Daguin never expected D'Artagnan to be the $130 million company it is today when she set out to become the first purveyor of humanely-raised gormet game and foie gras in the U.S. in 1985, reported ROI-NJ (Mar. 18).

"At the very beginning, I thought we were going to be maybe a couple of retail stores or a charcuterie specialist in retail stores, but D'Artagnan truly took on a life of its own," said Daguin.

D'Artagnan experienced more than 100% growth over the last five years and quadrupled in sales over the last decade according to president Andy Wertheim. However, Danguin said the company has and will continue to remain true to its mission, even while expanding to its fifth location nationwide, in Denver, this spring.

D'Artagnan continues to source products from beef to lamb, chicken to quail, pork to wild boar, and rabbit to venison, as well as gourmet food products such as caviar, truffles and mushrooms, from small-scale, free range, organic farms and ranches that do not use antibiotics or hormones.

Foodservice represents the majority of business, at nearly 63% of its consumers today, according to Wertheim. "Our products are now being purchased by restaurants in the fast-casual space, while 10 years ago, D'Artagnan products were thought to be exclusive," he said. "We have worked really hard to make our products more accessible for everybody."

The company restrategized its retail business, which currently represents 25% of its revenue. One of its fastest-growing business segments is e-commerce, due to the fact that is growing nearly 30% and generating $15 million in annual revenue alone.

"Our website not only helps to generate sales, but serves as a mouthpiece for our organization, enabling us not only to communicate to our consumers about the value of our products, but also what the story is behind them," he said.

D'Artagnan opened five warehouses in five years, starting with its relocation to Union, NJ. It has locations in Macon, GA; Houston, TX; Chicago, IL; along with the Denver location opening in April. The ability for the company to use its own trucks enabled it to open up new markets.

"We're picking up and delivering our own products throughout the smallest towns and cities in the country all the way to Denver," said Wertheim.

The company still finds it can operate within "95%" time windows. "We get our products to chefs and retailers within two- to four-hour time windows 95% of the time, and, when you're working in high-stress environments like our restauranteurs are, that is a must," Wertheim added.

D'Artagnan partnered with JPMorgan Chase because it has some acquisitions on its mind which could take it into some new geographical locations soon. Wertheim noted that the next logical step is to move west of Denver, but how that will happen is still up for debate.