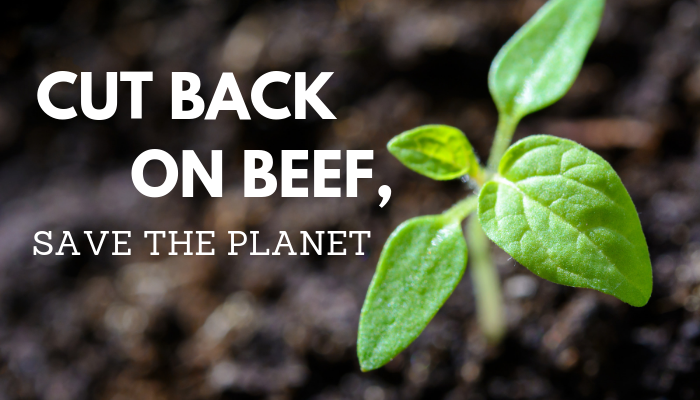 Americans will need to reduce beef consumption to a burger and a half a week to feed the planet 30 years from now.

According to a report from the World Resources Institute, the U.S. needs to cut their average consumption of beef by about 40% and Europeans by 22%, for the world to continue feeding approximately 10 billion people in 2050, reported CNN (July 17).

An estimated 9.8 billion people will live on the planet by 2050, up from 7 billion people in 2010. Demand for food is projected to outpace population growth, increasing by more than 50% as people's incomes in developing nations are expected to increase.

The demand for meat and dairy is expected to rise even faster by nearly 70% with the command for beef, sheep and goat expected to be even higher, at 88%. In the U.S., beef accounts for only about 3% of the calories in the average diet, but it uses 43% of U.S. land used for agriculture.

The report suggests switching to plant-based foods would help the environment the most — and it seems as though people are already moving in that direction. New data shows the U.S. plant-based foods retail market is worth $4.5 billion, according to GFI.

However, it is plant-based milk that is setting the curve for plant-based food retail sales. This category makes up 13% of total retail milk sales, growing 6% in the past year. In the same time period, cow's milk sales declined 3%. Emerging plant-based dairy categories like yogurt, cheese and ice cream are growing even faster.

One ice cream maker is even going beyond the plant-based space by creating ice cream in a lab, reported Vox (July 15). Though there are plenty of dairy free ice creams available, biotech startup Perfect Day wanted to create a product that's indistinguishable from cow-made dairy. It created its lab-grown ice cream using whey protein produced by genetically modified yeast, rather than by cows.

So far, the company only has a limited supply and it sold samples to the first 1,000 customers to order via its website, who were offered vanilla salted fudge, vanilla blackberry toffee, and milky chocolate.It quickly sold out, despite the fact that just three pints costs $60.

As for plant-based meat, strategic shelf placement may be aiding sales. Total plant-based meat is currently worth $800 million, accounting for 2% of U.S. retail packaged meat sales. Retailers increasingly shelve plant-based meat in the refrigerator section, alongside conventional animal meat. Consumers are being introduced to a wider range of products, with all "center of plate proteins" in one convenient place.

"Consumer appetite for plant-based foods is surging as consumers increasingly make the switch to foods that match their changing values and desire for more sustainable options," said Caroline Bushnell, associate director of corporate engagement at GFI. "This growth will continue as more companies bring next-generation innovations to market that really deliver on the most important driver of consumer choice: taste."