May 2, 2017
Could Insects Take Over the Center-of-the-Plate?
By Jennette Zitelli 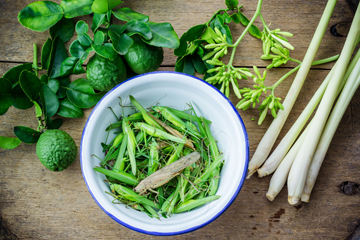 Insect-based foods such as cricket flour cookies and protein bars are beginning to enter the food scene as a way to offer a more sustainable protein source. According to Essento, an insect food company, mealworms produce little greenhouse gas compared to other animal protein sources, using less water and feed than cattle. For every 100-lbs. of feed, you can yield five pounds of edible beef, 30-lbs. of edible chicken, or 60-lbs. of edible cricket protein, according to cricket flour company Exo. They are also said to contain vitamins, such as A, B and B12, and healthy fats of comparable quality to fish, avocado or nuts.

In the U.S., insect harvesters for human consumption are subject to FDA inspection, but there is no explicit law allowing or forbidding their sale. As insect protein becomes more popular, though, many countries are beginning to see the need for government oversight. Insect-based food products can now legally be sold in Switzerland. The law authorizes foods containing mealworms, locusts and crickets, as long as they abide by the federal food safety office's food safety regulations, reported The Local.

Supermarket chain Coop responded by announcing plans to work with Essento to launch three products in around 100 branches during May: a burger, meatballs and a third unspecified product. The may also sell whole insects either frozen or dried. Grocer Migros also said it maybe interested in insects, but did not have specific details.

However, it is still uncertain whether Swiss consumers will warm up to the idea of eating insects. According to a study from the Bern University of Applied Sciences, only 9% say they would try insects, while 32% said they are not opposed to the idea, but prefer to wait and see. About 60% said they would not even try insects.

Even if consumers are a little grossed out by the initial idea of eating bugs, their affinity for sustainability may be enough to sway them. A survey from the International Food Information Council Foundation found that 41% of consumers in 2016 cited sustainability as having a large impact on their decision to buy foods and beverages, up from 35% in 2015. Seven in ten think it is important that the food products are produced in a sustainable way, specifically consumers aged 50-80, college grads, and women. Almost 40% would even pay more for sustainable food.

While edible insect companies seem to be banking on these stats, insect sustainability may not be as simple as it seems. According to a book from Nordic Food Lab, written by Joshua Evans, Roberto Flore, and Michael Bom Frost, the reality of insect sustainability may be more complicated. The authors argue there is still not enough research on producing insects on a large scale, and as more operations begin to develop, more environmental concerns may be revealed, reported Forbes.

Wild-harvesting may overexploit many species, and could endanger local ecosystems that rely upon such insects. Farmed insects may also require cultivated grain, and the scaled-up production required to make the food available for the masses may be no more sustainable than conventional protein sources. The authors argue that rearing insects on different substrates and a larger scale are not yet fully understood, and could be accompanied by unseen environmental costs.

Even though edible insects are still a new industry and there is still a lot left unknown, it is quite possible that if companies can convince consumers of their "superior" sustainability and nutrition, they may become a major player in the protein market.