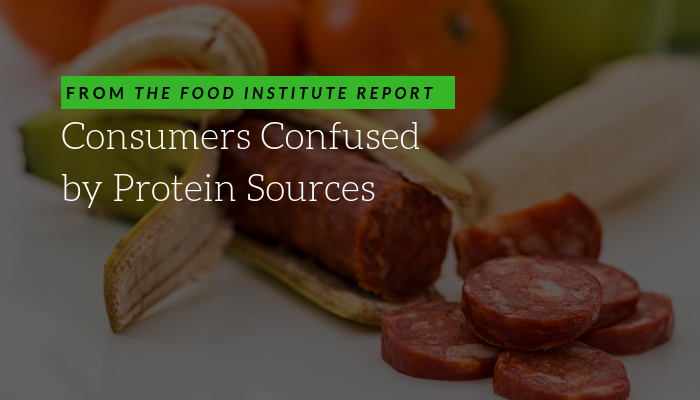 The popularity of plant-based proteins is certainly growing, as Nielsen data shows consumers are still choosing traditional sources of protein over plant-based sources. Seventy-eight percent of consumers get their protein from meat, 61% from eggs, 58% from dairy, 29% from fish/seafood, and 19% from legumes/nuts/seeds.

Protein can now be found in many different areas of the grocery store, with alternative protein sources accounting for $22.6 billion in sales, a growth of 1.3% in the last year.

Beef, chicken and pork didn’t score well either, even though they are all high-protein foods, with between 45% and 64% of consumers not considering those meats to be high in protein. Fifty-five percent of consumers were aware of how much protein is in beef and 42% knew how much is in chicken, with the meat increasing the most in terms of consumers’ awareness of its protein content, up four percentage points from 38% in a 2015 similar survey. But fewer consumers correctly identified pork as being a high source of protein, dropping a percentage point to 36% from 37% in 2015.

Forty-three percent of consumers were aware of the amount of protein in jerky, 52% for Greek yogurt, 50% for protein bars and 43% for salmon.