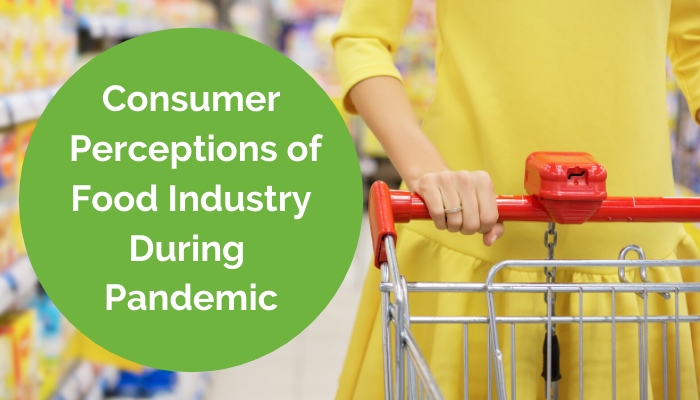 Forty-three percent are somewhat confident, while 11% aren't that confident, 3% aren't at all confident, and 8% aren't sure about the safety of their food. The data also revealed just over half are washing their hands after food shopping, a percentage that’s dropped since April, with a similar percentage wearing a mask while shopping.

Consumers are also going to the store more compared to April when over 50% reported going less. The percent dropped to around 45%.

This may be due in part to some stores beginning to return to normal operations. For example, Costco locations resumed normal operating hours May 4 after shortening them in response to the pandemic. Additionally, Costco's practice of providing free samples will return slowly by mid-June, reported Bizwomen (June 2).

When asked about their confidence in the food supply being able to meet consumer needs, 27% were very confident, 46% somewhat confident, 17% not too confident, 3% not at all confident, and 7% unsure. Net confidence dropped slightly to 73% versus 77% in April.

More than 20% are concerned that stores will run out of meat and 20% are worried about their ability to provide enough food for their family.

News of coronavirus disrupting several sectors of the U.S. supply chain, including meat, could have had an impact on the drop in confidence. The national meat supply crunch driven by the pandemic is beginning to ease, according to the Wall Street Journal (May 31), but suppliers expect the effects to linger for months.

Even as facilities reopen and supermarkets begin to reduce limits on meat purchases, consumers are paying more for ground beef as well as other staples.

At the retail level, beef prices increased 21.7% and pork prices rose about 17.7% year-over-year for the week ended May 23, according to data provider Nielsen. Retail chicken prices climbed 10.5% for the same period.

“Everybody is improving, but I’m not sure anybody is at 100%,” said Mike Duffy, chief executive of C&S Wholesale Grocers Inc., which supplies food chains like Safeway and Southeastern Grocers.

Meanwhile, when it comes to who consumers are trusting for information on what foods to eat and avoid, dietitians, healthcare professionals, and government agencies are the most trusted sources. Registered dietitian nutritionists came out on top for the trusted "a lot" response with 23%. They were followed by personal healthcare professional (22%), government agency (21%), and scientific studies (20%).