Jul 30, 2019
What Consumers Think about Food Delivery
By Victoria Campisi 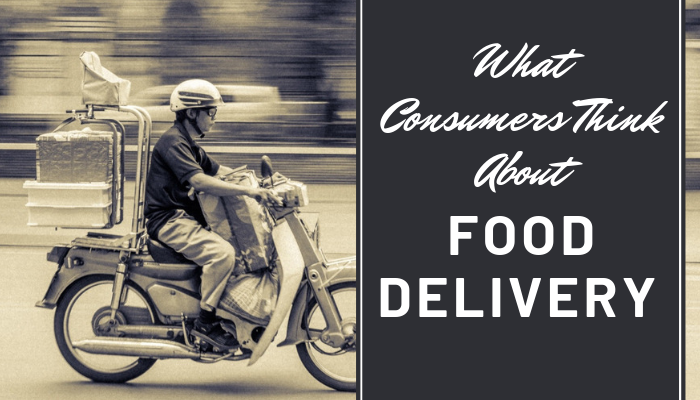 As third-party delivery continues to grow, consumers are forming attitudes about what is acceptable, and so are those doing the delivering.

The average person has two food delivery apps and uses them three times per month, according to US Foods. The top four most popular apps are Uber Eats, Grubhub, DoorDash and Postmates.

Fifty-four percent of people start with a restaurant in mind and then search for it within apps, while 46% of people start by opening an app and browsing it for ideas. On average, 40 minutes is the longest someone will accept for an estimated delivery. Just one in four will accept an hour or more and Bout 30% will wait up to half an hour.

The shortest distance people will still opt for delivery over takeout is about 1.5 miles. Thirty-one percent of people are still willing to choose delivery even if the restaurant is less than a half mile away.

Delivery can cause frustration in both customers and deliverers. Among customers, the top complaint was that food did not come warm and/or fresh, followed by it being delivered late. For those doing the delivering, the top complaint was a weak tip/ no tip by over half of those surveyed. Food not being ready on time at the restaurant and unclear instructions from customers in the app followed.

Ninety-five percent of people tip drivers regularly, with over half tipping through the app and about a quarter doing so in cash. Delivery and service fees affect about 66% of customers tip and 59% of people decide on a tip when ordering.

Food delivery companies are under increased scrutiny over how some worker tips contribute to their base pay and some are backtracking on their policies, reported CNN Business (July 29). In recent years companies like DoorDash, Amazon and Grubhub have encouraged customers to leave gratuities, but they often don't reach workers in the traditional sense, according to tipping experts.

When consumers were asked "if you ordered a burger and fries, and the deliverer grabbed a few fries along the way, how upset would you be?" the average was an 8.4 on a scale of one to 10, with 10 being "absolutely unacceptable."

Only 21% of customers have suspected a deliverer of taking food from their order. However, over a quarter of deliverers responded "yes" when asked if they had ever taken food from an order. The survey found that 85% of customers would like restaurants to use tamper-evident labels to address this issue.

When receiving a delivery, 34% of customers have had a deliverer who stayed in the car and passed food through the window and 17% have even had a deliverer drop food outside and leave.