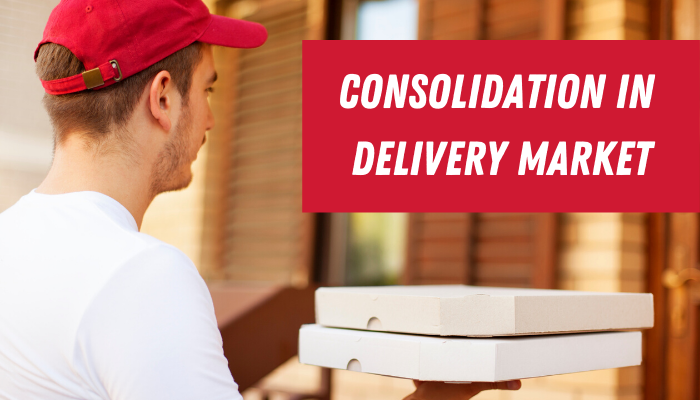 Uber Eats head Pierre-Dimitri Gore-Coty is expected to continue to run Uber's combined delivery business, according to a person familiar with the matter. Under the agreement, Postmates CEO Bastian Lehmann and his team will stay on to manage Postmates as a separate service, said another person.

Discussions between Uber and Postmates have been held on and off for approximately four years, but the talks accelerated about a week ago.

Uber's board of directors approved the deal, although plans could still be subject to change. The deal follows Uber's failed attempt to obtain Grubhub, which was recently acquired instead by Europe's Just Eat Takeaway.com NV for $7.3 billion. The transaction, which represents Just Eat's entry into online food delivery in the U.S., is said to make the world's largest online food delivery company outside of China.

Founded in 2011, Postmates was one of the first to let U.S. customers order meal delivery using a mobile app. As competition grew in recent years, the company fell to fourth among delivery apps.

Postmates previously discussed a possible deal with DoorDash, the largest delivery service in the U.S., as well as Grubhub, reported The New York Times (July 6).

Edison Trends indicated that Postmates and Uber Eats together would have a 37% share of food delivery in the U.S. DoorDash would remain number one with 45%, while Grubhub would have 17%. DoorDash is also raising approximately $400 million in a Series H financing led by Durable Capital Partners LP, Fidelity Management & Research Co., and existing investors. The capital will support new products and services.

As people stayed home during the pandemic, Uber's core ride-hailing business struggled. In May, Uber posted a $2.9 billion loss for the first three months of the year and announced it was laying off 14% of its work force. However, revenue for its Uber Eats division rose 53%.

Currently, many restaurants are working exclusively with the delivery app companies that charge the lowest commissions, reported NJ.com (July 5). They are trying to avoid service fees that apps like Uber Eats charges restaurants, which often reach up to 30%.

In New Jersey, nearly four months into the pandemic, no restaurant will have to provide more than 20% of its sale value to the company facilitating the delivery. The maximum is 10% when the order is delivered by someone the restaurant hired itself. As a result, Uber Eats axed its $3 customer surcharge in Jersey City because the city's 10% will now be doubled under the state law.

Internationally, delivery has also grown. In particular, the food delivery market experienced rapid growth in China due to the pandemic, reported China Daily (July 5). According to the Meituan Research Institute and the China Hospitality Association, it is expected to grow to $142 billion within the next three years.

Meanwhile, Germany's Delivery Hero stock climbed to record highs on July 3 as orders almost doubled amid the pandemic, reported Barron's (July 3). Orders in the second quarter grew 94% to about $316.9 million, compared with the previous year, while order numbers in June were 104% higher than the same month in 2019.

The spike in orders in June comes despite lockdown measures being eased in many countries around the world.