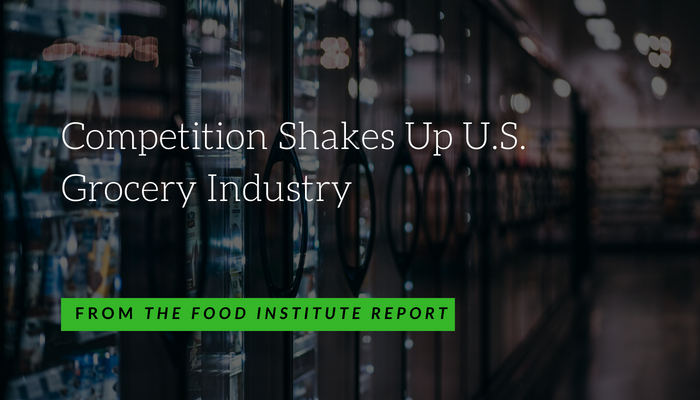 The grocery industry is feeling the impact from intensifying competition, and Fresh Market, which will close 15 underperforming locations nationwide, is no exception, reported Charlotte Observer (July 9).

The company is closing stores in Georgia, Illinois, Indiana, Kentucky, North Carolina, New Hampshire, Tennessee, Virginia and Wisconsin, but does not anticipate any additional store closures in the foreseeable future.

Among those stores is a location in Charlotte, NC. Fresh Market has six stores throughout the city, including one under construction that will replace an older Fresh Market store nearby.

The company has seen significant progress from a turnaround plan it executed over the last several months, but that progress wasn’t evenly distributed, which led to a decision to shutter underperforming stores, says Fresh Market’s CEO Larry Appel. Fresh Market plans to relocate as many impacted employees as possible to other stores nearby.

Cincinnati-based Kroger is feeling the impact from competitors as well, selling more than half its 14 stores to Harris Teeter, a North Carolina-based subsidiary, reported The News & Observer (June 15).

This is because if a growth in market share is mainly due to lower prices, it may still lead to lower profits, says Katrijn Gielens, an associate professor of marketing at UNC’s Kenan-Flagler Business School.

Fresh Market and Kroger’s store closures are part of a larger issue. Increased competition from grocery newcomers could lead to the closing of about 500 grocery stores along the East Coast, according to supermarket analyst David Livingston.

Established grocery store brands know exactly how much they stand to lose with all the new competition from Wegmans, Publix, Amazon and Lidl, Livingston says.

The market is splitting in two, between low-cost budget stores and ones that offer a unique shopping experience along with higher prices, leaving stores like Kroger stuck in the middle.

New grocery stores will balance out the ones leaving, so consumers will still have a lot of options, Gielens says. But that is creating a clear divide in what is offered. In addition, budget players like Lidl are creating a threat, and online-only has made consumers used to extremely low prices that grocery stores are struggling to match.

Kroger said earlier this year that despite sales growth, its margins were suffering, which analysts attributed to rising labor costs and the inability to raise prices because of steep competition.

Gielens puts the retailer in the same realm as BI-LO, adding that its stores are too big, too old and have too many products. BI-LO, which operates stores in Charlotte and South Carolina, recently closed six stores in the Charlotte region.

If you can’t win the war on prices, then you have to find another reason to get customers to come in your store and pay higher prices, says Roger Beahm, executive director for the Center For Retail Innovation at Wake Forest University. For Harris Teeter, one reason could be its North Carolina heritage.

Harris Teeter does a better job of curating the shopper experience than Kroger, says Gielens. It’s important for grocery stores to de-emphasize certain categories because of price pressures, and instead stress what is unique about their brand, like Wegmans, Gielens says. Grocers like Harris Teeter are beginning to adopt Wegmans’ store model.

While Wegmans, Whole Foods and Trader Joe’s execute private label and prepared foods well, more traditional stores like Kroger are no longer able to offer compelling value, says Ryan McDevitt, an associate professor of economics at Duke’s Fuqua School Of Business. McDevitt added that Harris Teeter could close a number of stores that cannibalize one another.

Kroger’s acquisition of Harris Teeter gave it a solid market position that mitigated the need to open more stores under the Kroger name, which should help make the company be more efficient in North Carolina’s Triangle region, Beahm says.

With Lidl’s entry to the market, Amazon’s Whole Foods acquisition and Walmart’s recommitment to price, grocers can’t afford to raise prices at the moment, Gielens says.

Although Kroger is closing some stores in the area, it technically is not leaving the market. Consumers might just have to get used to going to a store they haven’t in the past, and drive a little further to shop at a Kroger store. If anything, the number of retailers is going up due to new grocers coming onboard.

Harris Teeter and Food Lion should benefit the most from Kroger’s move, and Walmart and Target will likely capture some former customers, as well, McDevitt says.

In addition, German grocer Lidl saw its U.S. expansion plans fall short one year after the chain began opening U.S. stores. The company opened its first 10 stores in June 2017 and expected to open 100 stores in one year and more after that, reported Triad Business Journal (July 5). Lidl currently has 53 U.S. stores in six East Coast states.

While Lidl competes largely on price, the problem may be that the grocer doesn’t offer anything else superior, says Jim Hertel, SVP at food retail consultant Inmar Analytics. Lidl is similar to discount retailer ALDI, although it offers in-store bakeries, more fresh produce and higher levels of service.

In response to Lidl coming to the U.S., Kroger, Walmart and other retailers quickly cut their prices, which made it tougher for Lidl to draw customers.

While the grocer plans to continue to open more stores, the company is rethinking its strategy, Hertel says. If Lidl feels it has a workable model with a scalable proposition, it might try to pursue at least 1,000 stores in the U.S. The other option is to leave the U.S. market before losing hundreds of millions of dollars.