Dec 20, 2019
Which Cities Spend the Most Dining Out?
By Victoria Campisi 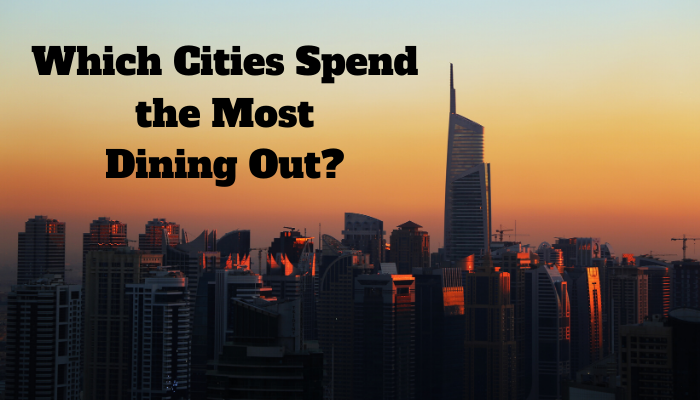 Consumers in the Seattle area took the lead for money spent on food away from home among America's metropolitan areas, reported the National Restaurant Association.

According to Consumer Expenditure Survey data from the Bureau of Labor Statistics (BLS), Seattle residents spent an average of $2,174 per capita in 2017-2018, while Washington DC residents were second, spending $2,165.

This year, Seattle's dining scene was in a bit of transition, reported Eater (Dec. 17). Major players closed down outposts, while the outlying neighborhoods continued to see more dynamic newcomers.

Eater recently compiled a list of Seattle's most significant restaurant openings in 2019, which reflects places that not only had a strong culinary point of view, but also where the city's tastes are now and where they are going. Restaurants included farm-to-table spots such as Eight Row and Samara, as well as Seattle's "best Chicago-style deep dish" Windy City Pie and sustainability-focused Bamboo Sushi.

However, while the dollar volume of per capita restaurant spending was highest in Seattle and Washington, DC, residents of Honolulu devoted the largest proportion of their annual expenditures toward food away from home. Spending at restaurants and other foodservice outlets on meals, snacks and nonalcoholic beverages represented 8.4% of the average total expenditures by Honolulu residents during 2017-2018.

In the Northeast, consumers in Boston spent $1,651 during the period. Although spending levels were slightly lower than Boston, restaurants in both New York and Philadelphia captured a higher share of consumers' total household expenditures.

In the Midwest, Minneapolis-St. Paul metropolitan area consumers spent an average of $1,563 per capita and residents of Chicago devoted 5.8% of their total expenditures toward restaurants, which was top among the Midwest cities tracked by BLS.

Chicago residents might spend even more in the New Year as Chipotle revealed it would test its new restaurant design in the city, reported Eater (Dec. 19). The chain will build new restaurants and retrofit old ones with new features that are designed to grow its digital sales and speed up customer visits.

Overall, residents out West spent more at restaurants than consumers in other parts of the country during the period. Following Seattle were San Francisco ($1,982), San Diego ($1,864) and Honolulu ($1,816). Residents of western cities also tended to devote a higher proportion of their budget to expenditures on food away from home.