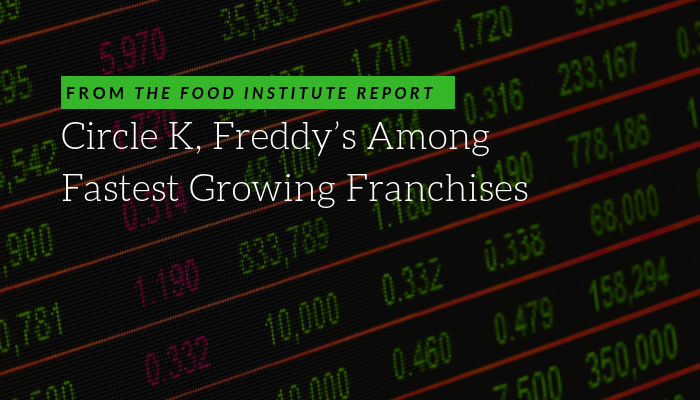 Circle K and Freddy’s each showed about 19% growth from the previous year to $8.1 billion, while Tropical Smoothie showed an increase of 16.5% to $392.9 million. At $90.9 billion in sales, Mcdonald’s was the No. 1 franchise overall with a 7% increase, with 7-Eleven, KFC, Burger King, Subway, Domino’s and Pizza Hut all in the top 10.