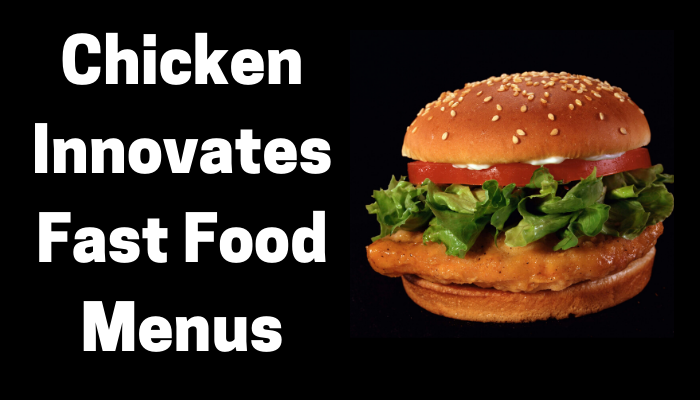 McDonald's is adding chicken to its breakfast menu.

The chain will offer the Chicken McGriddle and the McChicken Biscuit sandwich nationwide for a limited time, after testing them regionally since 2016, reported CNBC (Jan. 28).

"Our customers have told us they want more chicken and more breakfast items, so we are excited to be able to offer these two sandwiches at breakfast to everyone nationwide," said Linda VanGosen, McDonald's VP of menu innovation.

The menu penetration of fried chicken breakfast sandwiches surged 257% over the last four years, according to Datassential. The trend comes as consumers look to eat more protein, as chicken's neutral flavor works well with most formats.

"The protein lends itself to multiple forms, and I think that it literally just is people getting more creative in what they eat for breakfast," said Ken Harris, managing partner at Cadent Consulting Group. He also noted consumers may perceive chicken as healthier than sausage or bacon, even if not necessarily the case.

McDonald's is also considering adding more chicken to its regular menu. It is testing a Crispy Chicken Sandwich in Knoxville, TN, and Houston that resembles Chick-fil-A's signature chicken sandwich.

In fact, nearly 90% of McDonald's U.S. franchisees believe that Chick-fil-A is the chain's biggest threat, according to a survey conducted by analyst Mark Kalinowski of Kalinowski Equity Research. Chick-fil-A is closely approaching McDonald's number one spot for top restaurant chains in the U.S.

Although these chickens are mostly sold at grocery stores, restaurants want product that comes ready to go at the right specifications, according to David Maloni, EVP of analytics at supply-chain consultant ArrowStream.

Popeyes said the demand for its new sandwich last summer was so overwhelming that it ran through what it thought would be several months of supply in 14 days, while Chick-fil-A total sales rose 13% in 2019, boosted by its fried-chicken sandwich.

It doesn't look like the shortage will be going away soon. In 2019, through Nov. 16, the poultry industry raised 10% more birds above 7.76 lbs., considered jumbo, than they did in the same period in 2018, according to Urner Barry. The small ones saw a drop of 2%.

However, there could be a new chicken coming to the market soon. Cooks Venture raised $4 million from Golden West Food Group (GWFG) to ramp up distribution of its Pioneer chicken, reported TechCrunch (Jan. 28). The chicken can eat a highly diverse diet and can be raised in about two months—meaning they are truly free range, wandering around the farm.

Through the partnership with GWFG, Cooks can start to ramp up commercialization of its chickens, which are currently sold through some retailers on the Cooks website and on Fresh Direct.