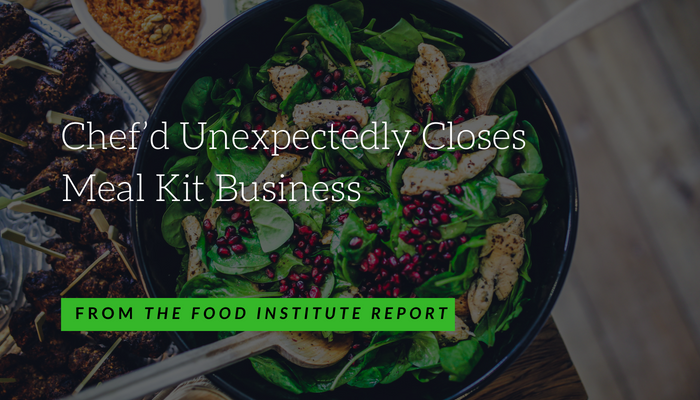 In an email to employees, CEO Kyle Ransford cited “unexpected circumstances with the funding for the business” and “setbacks with financing” as the reason for the shuttering. The closure affects more than 350 employees, most of whom worked at the company’s warehouses in California and Brooklyn, NY

The news follows Chef’d’s announcement that it would sell meal kits in 30 Duane Reade and Walgreens locations in New York. The company also announced it would be partnering with Byte Foods to stock meal kits in the company’s smart fridges, and just last year, it raised $35 million from Campbell’s and Smithfield Foods.

Founded in April 2015 and headquartered in Segundo, CA, Chef’d sought to distinguish itself as the biggest meal kit service that didn’t rely on a subscription model.