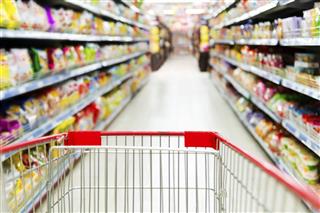 Many people use the phrase "you are what you eat," but what if what you're eating isn't what you think? Food fraud is a major problem in the industry, and not just on a food safety level. Many times foods are labeled incorrectly or in a misleading way (intentionally or not) that implies certain foods are something that they are not.

One popular case is olive oil. Italy is known for being strict with what foods can be labeled with what claims, including olive oil, certain types of cheese (which I will come back to), proscuitto, and Chianti. Olive oil is one of the most prized products in Italy, and the country predicts counterfeiting costs the industry over $1.6 billion every year. That is why the National Association of Olive Growers, the Italian Farmers Confederation (CIA) and the State Mint are introducing an anti-fraud label for bottles of 100% extra virgin oil. The label will be available to all producers that can demonstrate full traceability of their product, from the tree to the bottle. The State Mint developed the anti-fraud system based on three pillars: the label itself, traceability via a QR code, and a unique tracking number.

Olive oil fraud is something the country is continually dealing with, as just at the beginning of February authorities were investigating 7,000 tons of olive oil that was falsely labeled as made in Italy, even though tests showed it was actually from Syria and Turkey.

Cheese is also a big target of fraud, not only in Italy, but in the U.S. as well. Authentic Parmigiano Reggiano cheese is actually very difficult to find in the States, as the "real" version can only be produced in the Reggio Emilia area of Italy. Other cheeses that are similar, but made elsewhere, must be named something different, such as the less exclusive (and less expensive) brand Grana Padano. The U.S. and other countries do not follow such strict guidelines, but many companies have come under fire from Italian authorities for labeling their cheese as Parmesan, or similar names. A U.S. cheese producer, Arthur Schuman Inc., even release a True Cheese seal for its cheese to show they are made "without excessive fillers and unwanted non-cheese ingredients." It claims that more than 20% of grated and shredded cheeses claiming to be Parmesan or Romano are actually adulterated versions, and of the 463 million pounds of Italian hard cheeses sold in the U.S. each year, more than 90 million pounds have excessive levels of starches, fillers, and vegetable oil based imitation cheese.

Back in July 2013, FDA sent a warning letter to Castle Cheese Inc., saying after an inspection of its facility in Slippery Rock, PA, it found several of its Parmesan and Romano cheese products were mislabeled. The letter claims the cheese contains cellulose and/or starch to increase the weight of the cheese base, and the cheeses labeled Parmesan cheese or Romano cheese are a mixture of trimmings of various cheeses and other ingredients. Additionally, its parmesan cheese products do not contain any parmesan cheese, according to FDA.

Many experts say this is not an uncommon problem, and a lot of cheese manufacturers use similar tactics. Missouri-based cheese maker DairiConcepts says that in a test of 28 brands, only one-third of label claims about protein levels in grated parmesan were accurate. The reason these cases may be so prevalent is because criminal charges are uncommon, as FDA is usually preoccupied with adulteration tied to food safety, and it is much more financially viable to use fillers instead of real cheese. The problem is, a lot of customers do not know the difference between authentic cheese and ones with fillers, and it is hard for the authentic cheese makers to compete with ones that are able to manufacture cheese products at a much lower cost.

One other industry facing competition from fraudulent products is maple syrup. Maple producers from New England to Michigan sent a letter to FDA claiming that a lot of food labeled maple does not contain the real thing. The letter cites nine specific products, but says there are many others. The groups that sent the letter, which includes the Vermont Maple Sugar Makers Association, the International Maple Syrup Institute and the North American Maple Syrup Council, claim the misbranding deceives consumers and hurts producers of real maple syrup who are losing business.

Food adulteration and fraud is much more common than many may realize, and even though it may be difficult to stop, it is up to manufacturers to distinguish their product as authentic to consumers.