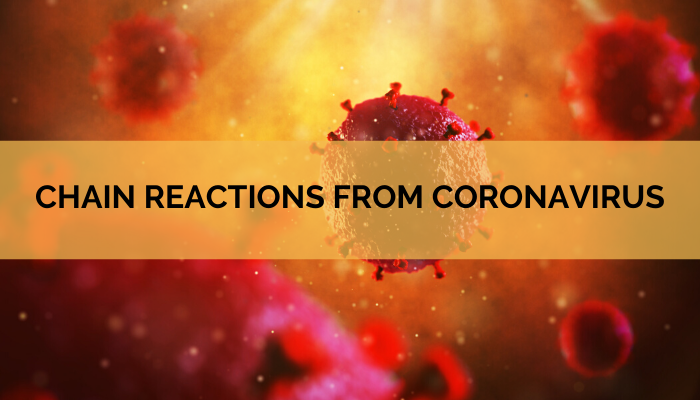 The bill includes $3 billion allocated to research and development of vaccines, treatment, medicines, and diagnostic tests, with an additional $2 billion earmarked to help federal, state, and local governments to prepare for and respond to the disease. Another $1.3 billion would be used to help fight the virus overseas. The Senate is expected to pass the bill, with President Trump slated to sign it.

To help protect against the virus, restaurant chains are instructing employees to be more thorough with their cleaning efforts, reported The Wall Street Journal (March 4). Starbucks and McDonald's employees were told to regularly sanitize door handles, chairs, tables, coffee bars, and order kiosks, and Starbucks is restricting customers from bringing in their own cups for refills.

Additionally, conferences continue to be postponed due to fears over the virus. Seafood Expo North America/Seafood Processing North America will not go on as scheduled March 15-17, reported MassLive.com (March 4). Event organizer Diversified Communications said it will look to find a way to host the 40th edition of the event in North America some time in 2020.

In other news, Seven & i Holdings Co. scrapped plans to acquire Marathon Petroleum Corp.’s Speedway gas stations for $22 billion, according to people familiar with the matter, reported Bloomberg (March 5). A source claimed coronavirus was one of the factors that impacted negotiations in the exclusive phase, and Seven & i decided not to proceed with the transaction on concerns over valuations.

Meanwhile, Campbell Soup Co. will increase output of products like canned soups, snacks, and Spaghetti O's amid an uptick in demand, reported Bloomberg (March 5). While the company receives about 90% of its ingredients from North America, about 2% comes from China, including some packaging and apple juice concentrate. The company has been able to find alternative sources for those supplies.

Also in demand is food for hikers and campers as consumers stock up on non-perishable food amid the outbreak, reported The Wall Street Journal (March 5). Mountain House's transactions on its website rose 10-fold in February and orders from retailers were as much as five times higher, while Kind LLC's sales of its snack bars were up as much as 50% in the final week of February and freeze-dried food maker Thrive Life LLC adjusted its forecast to triple or quadruple its average output after half of its items ran out.

“I’ve never seen anything remotely close to this level of demand,” said Josh Wark, a brand manager for Mountain House, one of the biggest makers of food for outdoor enthusiasts.

Alpineaire, a maker of foods for adventurers, completely sold out of its inventory on March 3 and is working to make more over the next few days, said Shawn Hostetter, president of Katadyn North America Inc., which owns the brand.

Looking to keep track of the coronavirus outbreak and how it could be affecting the food industry? The Food Institute is tracking relevant details in our Coronavirus Update Center, updated daily.