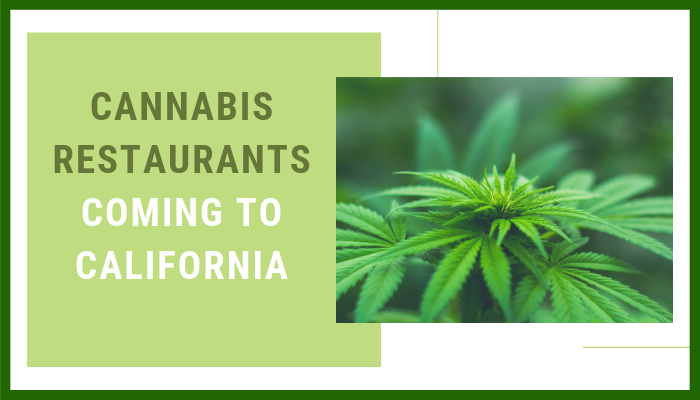 The rustic, 220-seat restaurant will be the first of its kind in America. Others will likely follow, but not without navigating a complicated set of regulations.

"With cannabis, we are building the boat as we're on the water," said Jackie Subeck, who plans to open a cannabis spa, clinic and cafe and serves as the chairwoman of the cannabis legislative subcommittee for the West Hollywood Chamber of Commerce.

For marijuana-based cannabis sold in licensed dispensaries in the handful of legalized recreational use states, the market has moved swiftly. In 2018, the U.S. market saw an estimated $8 billion in legalized cannabis sales, according to Nielsen.

If legalization continues at its current pace, cannabis restaurants may eventually become as normal as wine bars. "Whatever West Hollywood does now," said Sean Black, co-founder of Lowell Herb Co., the cannabis company opening the cafe, "the rest of the blue states, at least, [do] three years later."

Although West Hollywood permits cannabis with food, California prohibits businesses from selling anything other than cannabis, with some exceptions. The purpose "was to make sure that dispensaries did not become convenience stores and start selling Reese's peanut butter cups and Doritos and Coke," Subeck said.

However, people in the industry are finding loopholes such as putting two separate businesses under the same roof. Guests who order food and cannabis at the cafe will receive separate bills. The plan was approved by the West Hollywood Business License Commission in July.

Chef Andrea Drummer, who is opening Lowell Farms, originally planned to serve freshly infused food with cannabis butters and oils incorporated at various doses, but that will have to wait because under state law, all products have to be prepackaged and tested.

Meanwhile, in South Africa, a Cape Town-based restaurant, Blowfish recently launched the country's first cannabis oil sushi roll, reported IOL (Aug. 20). The restaurant took to Instagram to reveal the news with a sushi picture captioned: "Blowfish proudly presents a South African first, the CANNAfornia Roll. This one of a kind sushi is accompanied with a dressing infused with a hint of cannabis oil—famous for its miracle-like health benefits."

In June, another South Africa-based restaurant, Col'Cacchio launched a cannabis pizza range, while a chilli sauce brand, Johnny Hexburg created a hot sauce which is cannabis-infused.

Back in California, the team behind the Antidote, which plans to open an upscale cannabis restaurant in spring 2020, intends to open a commissary kitchen to produce sauces and dressings infused with THC as well. Guests would purchase a sauce, which would be presented alongside the meal in a sealed container and open it themselves.

"Think of butters and oils and broths," said Kirk Cartozian, a Los Angeles-area restaurateur and partner in the Antidote. "We have a lab and essentially the potential setup to supply our own, and maybe supply others, with business-to-business infused ingredients."

The brand landscape in the marijuana space is exploding with hundreds of emerging brands seeking to capitalize on the growth opportunities. Those who figure out how to leverage cannabis-related situations, occasions, products and partnerships may reap the rewards, predicts Nielsen.