Jun 29, 2017
Can Chobani, General Mills Stand Out in the Yogurt Case?
By Jennette Rowan 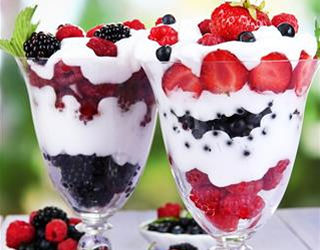 Sales of yogurt in America have been steadily climbing for the past few years, thanks to the introduction of new varieties such as Greek yogurt and consumers' increasing interest in healthy snack and meal alternatives. Yogurt sales in the U.S. amounted to $7.7 billion in 2015, up from $6.2 billion in 2010, according to Statista. Greek yogurt grew from 4% of the market share in 2008 to 52% in 2014. Analysts at Research and Markets forecast the global Greek yogurt market will grow at a combined annual growth rate of 10.5% during the period 2016-2020.

However, as the market becomes more saturated with similar brands, even heavy hitters like Chobani are finding that they need to differentiate to compete. After years of touting Greek yogurt's superiority over traditional and being credited for essentially making the Greek yogurt market what it is today, Chobani is introducing a non-fat yogurt line. Chobani Smooth is its first-ever non-Greek yogurt recipe, touting no artificial ingredients, less sugar and more protein than traditional yogurts.

According to the company, Chobani Smooth is made by lightly straining the yogurt to keep the protein that's naturally found in milk. The yogurt is then blended with natural ingredients and real fruit or vanilla, depending on the flavor. Chobani smooth is available in five flavors, Peach, Strawberry, Vanilla, Blueberry and Black Cherry.

General Mills is also aiming to differentiate itself, as it looks to reverse revenue declines that have been going on for two years. The company will now focus more on improving its sales growth through a double-digit percentage increase in media spending, better pricing, product innovation and investments in expanding e-commerce, reported Minneapolis Star Tribune (June 28). Yogurt, which accounts for about 16% of its global sales, is one of the company's biggest concerns, as U.S. yogurt sales declined 22% in the latest quarter, a further erosion from a 10% decline from the year before.

As part of these turnaround efforts, General Mills is debuting a French style yogurt called Oui by Yoplait. It is sold in a glass jar, which it is also cultured in, and is made with whole milk, cane sugar and real fruit. The brand is inspired by Yoplait’s Saveur d’Autrefois yogurt which is sold in France.

French yogurt differs from the standard U.S. style in that instead of culturing the ingredients in a large batch and then filling individual cups with the finished product, Oui is made by pouring ingredients into each individual jar, and allowing it to culture for eight hours, creating a thicker yogurt. Oui contains no artificial preservatives, no artificial flavors and no colors from artificial sources and comes in eight flavors.

These new products are likely just the beginning for Chobani and General Mills, as the yogurt market only stands to get more crowded as time goes on. Companies will need to release truly innovative and original products in order to catch the eye of the consumer in the cramped dairy case.

In our Feb. 3 issue, we reported on Fairway Market’s filing for Chapter 11 bankruptcy and the pending sale of up to five of its New York City stores plus distribution center to ShopRite owner-operator Village Super Market for $70 million. In this article, we delve deeper into the root causes of Fairway’s demise, and the general...