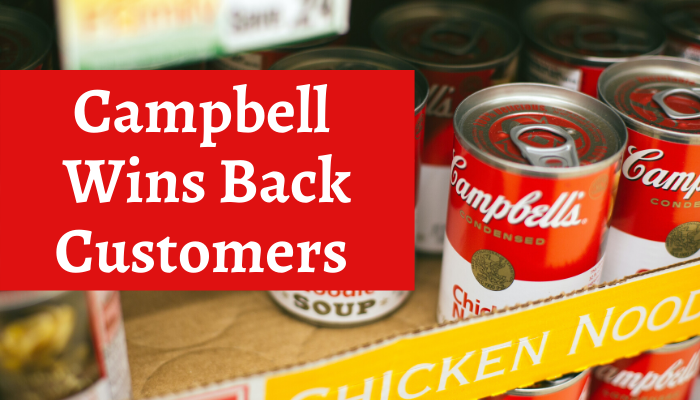 To make sure customers notice the new improvements, Campbell is ramping up social media marketing, promoting its condensed soups and broths as ingredients for stews and casseroles. “We’re taking all the right actions to try to make that connection,” said Mark Clouse, Campbell’s CEO.

At the beginning of May, Campbell teamed up with Group Nine to create a campaign called The New Pantry, which aimed at promoting home cooked meals. It included social media content about how meals at home can bring people together. Created in partnership with Campbell's media agency, Spark Foundry, The New Pantry comprised of three phases including social, video, and written assets, as well as influencer-hosted virtual experiences.

Clouse, who joined the company in 2019, was responsible for restructuring the company to refocus on soup, which has paid off as consumers return to shelf-stable foods.

Analysts estimate Campbell's sales in its fiscal third quarter rose some 16% from a year earlier. As consumers cook more at home, companies like Campbell are getting a chance to reintroduce themselves after previously losing consumers to more health-conscious brands.

U.S. retail sales of Campbell's soup jumped 42% in the four weeks ending April 19 from a year earlier, according to data from IRI. Sales of its Pepperidge Farm cookies rose 28% and sales of the Prego line of pasta sauce that it owns jumped 49%.

Throughout the pandemic, robust manufacturing and distribution networks allowed Campbell and other packaged food makers to get products to stores quicker than smaller rivals. “Big established brands are able to keep up with demand better,” said Joe Ens, a former General Mills Inc. executive.

General Mills said it expected to surpass its own expectations for fiscal 2020 organic sales, and for fourth-quarter organic net sales to increase by double-digits percentage, reported Minneapolis/St. Paul Business Journal (May 11).

The company also saw a sharp increase in demand for its products, including canned soups, cereals, and basic ingredients like flour.

Meanwhile, Nestle is benefiting as more people are trying its frozen meals for the first time in decades. The company spent years modernizing its Lean Cuisine frozen meals, which had not changed much since introduced in 1981.

“It’s not what they remember,” said John Carmichael, president of Nestlé’s U.S. food division. “We’ve been working for years for this moment.”