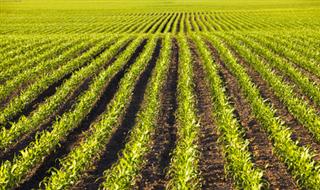 While not the largest food producer in the world, Brazil is no slouch either: most estimates note the country represents nearly 7% of the global food market. It is the world's largest exporter of soy, orange juice, chicken, beef and coffee, and is the second largest when it comes to corn. And now, Brazil is looking to increase its agricultural exports to Asia's rapidly growing middle class.

According to the country's Agriculture Minister Blairo Maggi, a soy farmer himself, Brazil will target a rapidly-growing middle class in Asia with exports of beef, pork, chicken, fish, dairy and other products. The region's middle class, expected to grow to 3.2 billion people by 2030, certainly seems to be a market ripe for the taking. Maggi says:

"There's money on the table and it is being distributed to many. When people earn better they focus first on buying more food, and Brazil has to get into that market."

The quote followed Maggi's trip to a number of Asian countries, including China, India, South Korea, Malaysia, Vietnam, Thailand and Myanmar. Many officials in the country hope that expanded exports from the agricultural sector can start a recovery: economic growth in Brazil is currently contracting sharply for the second year in a row in the midst of its worst recession in nearly 80 years.

However, the country's sugar, coffee and citrus industries are currently in a state of flux due to weather disruptions. The cost of those commodities is rising due to the uncertainty. Dry weather is hampering the production of arabica and robusta coffee beans, while excess rain is hampering the production of orange juice. To make matters worse, frost in sugar-growing regions is pushing down yields.

Futures prices for the commodities are accordingly rising. Raw-sugar futures jumped 49% this year, while coffee futures hit their highest level since October 2014. Citrus prices also increased the week ending Sept. 20. Compounded with issues facing producers in Florida, India and Asia, Brazil seems to be missing out on an opportune time to take advantage of a demand-oriented market.