Aug 12, 2019
Brands Look to Target the New Generation of Shoppers
By Victoria Campisi 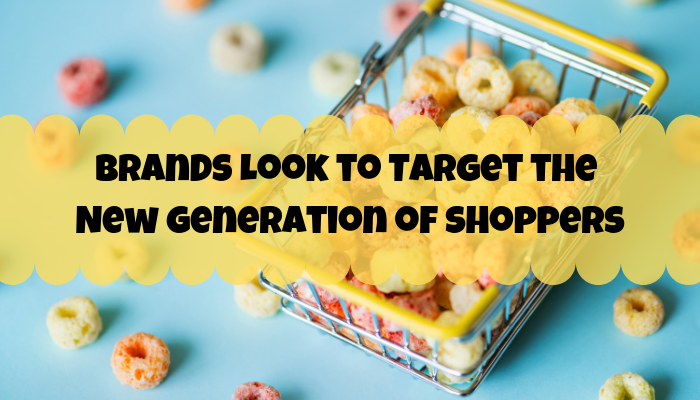 General Mills is shifting its marketing focus to help its brands resonate with a new generation of shoppers, reported The Wall Street Journal (Aug. 9).

The company is building collaborations with gaming companies, Hollywood and social media influencers in order to resonate with the new shoppers, according to chief brand officer for North America Brad Hiranaga.

"The past six to seven years have been difficult for companies in the packaged-goods industry, specifically food companies, to find ways to grow," said Hiranaga. "It's shortsighted not to look out and see what's happening in the world, as tastes and the way consumers engage with brands are changing."

An example is a collaboration with rapper Travis Scott who designed custom Reese's Puffs cereal boxes and apparel launched during Men's Fashion Week. General Mills sold 5,000 boxes in 30 seconds at $50 a box. "It's a box of cereal people are selling on eBay," said Hiranaga.

Additionally, the company is investing in gaming and esports for brands like Totino's and exploring a Hollywood partnership for its cereal mascots like Lucky the Leprechaun and Count Chocula. Half of its spending is now in digital mediums as television ads become less dominant.

"Over the years, TV was a dominant part of the pie. Now, half of our spending is in digital mediums, and half traditional," said Hiranaga. "My push with brands is, don't think about the media mix first. Think about the idea, and let it go where it needs to go to be effective."

General Mills' central marketing group has "evolved dramatically" in the last two years, according to Hiranaga. "Each brand assignment may be different, with one that's heavily PR, social, experiential and local, versus something more national and broad-reaching that should include big media, and teams that include shopper and e-commerce and media experts," he said.

For brands more relevant to older consumers, Hiranaga noted it still has to modernize them and keep them relevant. For example, Fiber One did a partnership with TV franchise the Real Housewives and launched a music video. "It was a totally different, more modern and relevant way to reach that audience," said Hiranaga.

Meanwhile, Kraft Heinz hasn't done enough to advertise its brands to potential new consumers and it needs to do more to come up with products for international markets, such as condiments in China, according to CEO Miguel Patricio, reported The Wall Street Journal (Aug. 8). Weaker sales in the U.S. reflected lower prices that were implemented for some products in order to gain market share and reflect lower prices for some ingredients, including nuts and coffee, the company said.

Similarly to General Mills, the company introduced new products and marketing campaigns in recent months to boost sales. It launched a line of frozen meals co-branded with Oprah Winfrey and listed the Oscar Mayer Wienermobile as a place to stay on Airbnb.

At Kellogg Co., the company is seeing benefits from new product launches in 2019. "Our improved innovation pipeline is bearing fruit as we told you our net sales from newly launched products in 2019 will be the highest in at least four years," said John Renwick, VP of investor relations and corporate planning on a second quarter earnings call.

They're doing well particularly on new food platforms like Cheez-It Snap'd. During second quarter, the company pulled back on promotion behind its adult and all-family brands, but will now return to more normal brand building and in-store promotional activity.

In the second half of the year, Frosted Flakes will get a new media campaign, while Honey Smacks will relaunch and Pop-Tarts cereal gets expanded distribution.