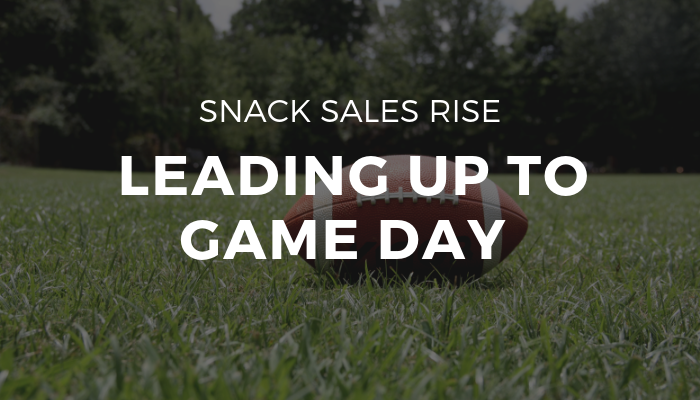 American adults will spend a total of $14.8 billion as they watch the Big Game on Feb. 3.

An annual survey by the National Retail Federation and Prosper Insights & Analytics found adults will spend an average of $81.30, virtually unchanged from last year's $81.17, and the second-highest in the history of the survey, after a record $82.19 in 2016.

"You don't have to be a football fan to celebrate the Super Bowl," NRF President and CEO Matthew Shay said. "Whether it's to see who wins, watch the halftime show and commercials or just get together with friends, this is the biggest party since New Year's Eve."

Seventy-two percent of adults plan to watch the game, down from 76% last year. Of those watching, 79% plan to buy food and beverages. Twenty-four percent plan to attend a party, while 17% will throw them and 5% will watch in a bar or restaurant.

Nine out of 10 viewers plan to have at least one snack during the game, according to Frito-Lay North America's U.S. Snack Index.

Since chips and dip are usually the centerpiece of the football party spread, the dips category annually benefits the most from the Big Game, jumping 36% compared to the previous week with $38 million in sales.

Salsa was the overall top dip choice, according to Frito-Lay. French onion dip was the most popular for potato chips, while salsa and guacamole came in high for tortilla chip dipping.

To meet demand for guacamole, avocado producers imported record numbers of the fruit, reported The Packer (Jan. 21). In mid-January, APEAM, the group of Mexican growers and packers who export and fund Avocados From Mexico, were sending 1,300 trucks a week to the U.S. - or one every six minutes.

As a complement to dip, tortilla chips were the runner up in 2018 in terms of net growth, with a 35% increase and over $107 million in sales. In fact, Americans purchased the equivalent of enough 18 oz. tortilla chip bags to stretch across the U.S. 2.5 times.

Potato chips remained number one in terms of overall sales - 55 million units sold for over $119 million - a 16% increase from the year before.

The Dairy Farmers of Wisconsin projects Americans will buy 88 million pounds of cheese in the week leading up to the game, in other words, enough cheese to cover the Mercedes-Benz football field, end zone to end zone, ten yards deep.

Annual consumption of cheese in the U.S. more than tripled since 1970, according to USDA. Cheese sales go up 10% in the lead up to game day.

Nearly half of Gen Z and Millennials selected cheesy snacks as a top pick, according to Frito-Lay.

Additionally, more than one-third of those polled plan to share photos of their snacks on social media, and over half prefer to prepare simple recipes when they are attending or hosting a party.

In The Food Institute's recent webinar "Achieving a self-sustaining business model: Top 3 trends companies need to think about post-COVID-19," Greg Wank, CPA, CGMA, partner and leader of Anchin's food and beverage group, as well as David Eben founder and CEO of Carrington Farms, discussed how to have a more successful business while burning less capital and attaining self-sustainability. The following...