Mar 2, 2020
The Battle for Breakfast Heats Up
By Victoria Campisi 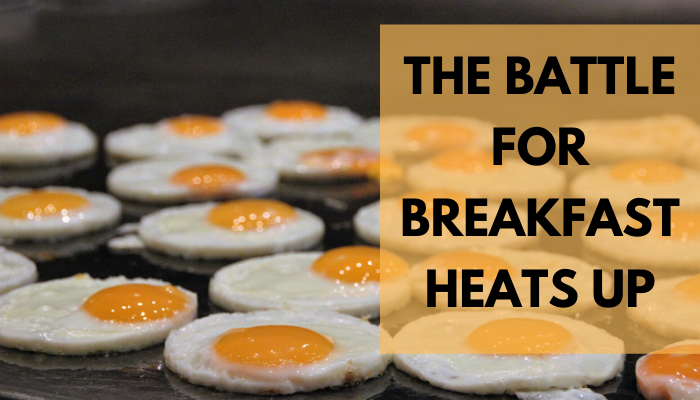 Breakfast accounted for 16% of fast food chains' traffic in the 12 months ended Nov. 2019, according to NPD Group, and Wendy's is betting it will eventually account for 10% of its own U.S. sales, reported CNBC (March 2).

The new menu is giving a "morning twist" to some of Wendy's classic items including a Breakfast Baconator, a Honey Butter Chicken Biscuit, and a Frosty-ccino.

The chain plans to spend between $70 million to $80 million in 2020 on advertising for breakfast, increasing its total media spend by about 30%, according to CFO Gunther Plosch. Other fast food chains are taking note and upping the competition.

McDonald's deemed Monday, March 2 as "National Egg McMuffin Day" and is giving away free sandwiches to customers who order through its app—not so coincidentally the same day of Wendy's launch, reported CNN (March 1).

Offering free Egg McMuffins will keep the chain "top of mind," especially as Wendy's spends big, according to Morningstar analyst R.J. Hottovy. "It's more of a defensive move rather than an offensive move," he said about the promotion.

The chain recently added two chicken breakfast sandwiches to the menu in order to compete with Popeye's and Chick-fil-A.

According to Wendy's, the McDonald's holiday "is the day that the Egg McMuffin and other old breakfasts are laid to rest. No longer will people have to suffer stale, tired, old sandwiches with folded eggs and microwaved bacon," said Carl Loredo, Wendy's CMO.

McDonald's and Wendy's aren't the only ones competing. Other chains such as Taco Bell, Dunkin', and Panera are also getting creative with breakfast offerings. In particular, Panera recently launched an unlimited coffee subscription that costs about $9 a month, reported Business Insider (Feb. 27).

Panera tested the coffee-subscription model in approximately 150 restaurants across three states before deciding to roll it out nationwide. Subscribers in test markets visited Panera almost every other day, and many of those customers purchased food during their visits, according to CEO Niren Chaudhary.

"This was a win clearly for the customers because they saw unbeatable value," he said. "And it was a win for us as a business in terms of driving incremental traffic, incremental food purchases, and therefore incremental profit dollars."