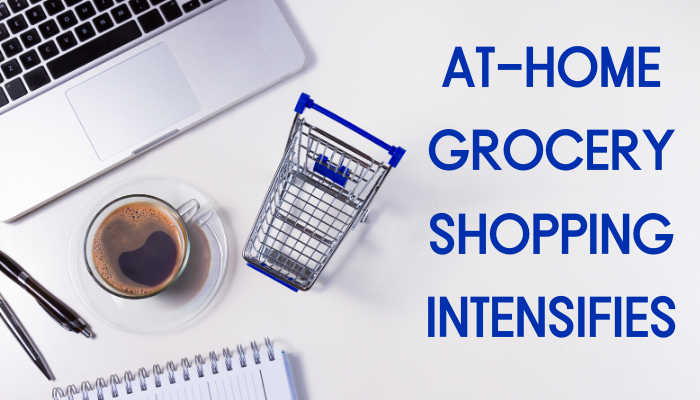 According to The Information, Instacart expects to achieve a net profit of around $10 million in April, reported Forbes (April 27). Customers supposedly bought around $700 million worth of goods through the service in the first two weeks of April—an increase of about 450% from December.

The eight-year-old company mainly makes money through delivery fees, taking a percentage of grocery orders, and advertising on its app. It is said to have lost a total of $300 million last year.

However, whether Instacart can sustain the momentum is questionable. As stay-at-home measures begin to be lifted, more people will likely return to stores to buy their own groceries. People also might not be willing to pay Instacart's fees.

Meanwhile, curbside pickup surged 208% between April 1 and April 20 compared with a year ago, according to data from Adobe Analytics, reported CNBC (April 27). In addition, online sales in the U.S. jumped 49% from March 12 to April 11, compared with a baseline from March 1 to March 11.

Companies, such as Target, have been pushing buy online, pick up at store options to customers who feel more comfortable ordering online during the crisis, yet don't want to wait for packages to be delivered.

Unlike Instacart, the trend of curbside pickup is likely here to stay, according to Naveen Jaggi, president of the retail advisory team for commercial real estate services firm JLL. He noted shoppers will be more hesitant to return to stores since they've adjusted to being home for so long.

The Retail Industry Leaders Association and the National Retail Federation released their broad-based blueprint for how retailers, in a phased-in approach, should be getting back to business. Phase one is to allow e-commerce operations to ramp back up, with contact-free curbside pickup and in-home delivery. In phase two, stores will reopen to the public with social distancing protocols and slashed capacity, and phase three is to “establish protection,” and then lift all remaining restrictions.

Across the pond in Britain, take-home grocery sales increased by 9.1% in the 12 weeks to April 19, according to figures from Kantar. Similar to the U.S., people are spending more time at home and eating fewer meals out of the house, which led to a strong growth in take-home sales.

Year-over-year grocery market growth of 5.5% over the past four weeks is considerably slower than the 20.6% recorded in March. Still, sales this month were about $652 million higher than in April 2019, a sizeable increase. On average, households shopped 14 times for groceries over the past month, a record low and down from 17 in more normal times. The amount spent on each trip rose to $32.52, the highest figure ever recorded by Kantar.

Additionally, people heeding government advice to stay home saw demand for online grocery shopping soar. Online sales now account for 10.2% of overall grocery, versus 7.4% last month, with the greatest increase among older shoppers. Although not traditionally big users of e-commerce, consumers aged over 65 spent 94% more on deliveries than they did a year ago.