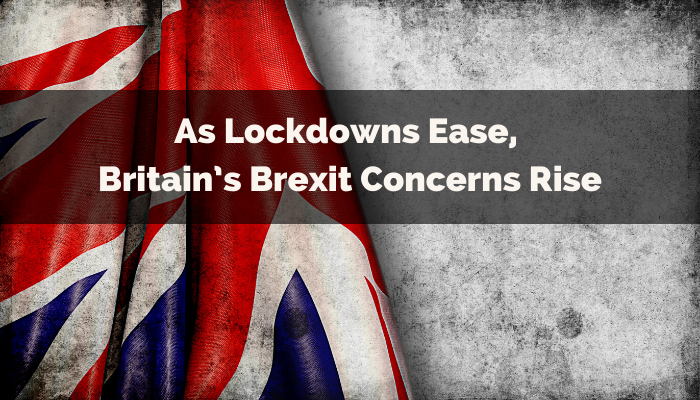 As the UK starts to reopen bars, pubs, and restaurants across the nation, its citizens continued to increase their grocery purchases. However, some worried that a no-deal Brexit could have lasting food security issues for the country, and food distributors feared their industry would collapse by end of year without government intervention.

Grocery Shopping Increases Across the Pond

Consumers in Britain are reacting to the coronavirus pandemic much in the same way Americans have: increasing their grocery sales. In fact, grocery sales in Britain surged 18.9% in the four weeks to June 14, driven by the popularity of online and convenience stores during the lockdown, according to data from Kantar. Online sales rose 91% year-on-year over the four weeks, while convenience stores accounted for 14.7% of all sales in the four-week period. Nielsen data corroborated the trend, reported Reuters (June 23).

Households made 77 million fewer trips to the supermarket in the latest period when compared to the same four weeks in the prior year, but that 19 million more trips were counted when compared to a four-week period in May as government restrictions were eased.

English pubs will be allowed to reopen July 4, according to an announcement from British Prime Minister Boris Johnson released June 23. Additionally, the country will adopt a 1-meter-plus social distancing rule instead of a 2-meter rule provided employees and customers use other mitigation measures, reported CNN (June 23).

The UK's bar and pub industry worked hard to relax the distancing rule within eating establishments. The industry argued the WHO-approved 1-meter social distancing rule would provide for consumer safety while allowing two-thirds of the pub sector to reopen, according to the British Beer and Pub Association, reported The Independent (June 22).

“The pandemic has been devastating for the pub sector and we need to find a pathway back to recovery," said Emma McClarkin, CEO of British Beer and Pub Association. “For us, social distancing was always going to be a challenge. At 2 meters, that would see us only be able to open up one-third of our pubs."

Even with the relaxed distancing requirements, those looking for a meal will likely see a vastly different experience, including waiter service at pubs.

Distributors Fear for the Worst

Food distributors in the nation are fearful of the economic ramifications of the coronavirus and stay-at-home orders.

For example, members of the Federation of Wholesale Distributors think it'll collapse by end of year without financial help. The UK government excused bars and restaurants from paying tax on their buildings but didn't extend that relief to the wholesalers. Members of Parliament warned the government the wholesale sector is in crisis and asked that the building tax relief be offered, but the government indicated support is already in place through the furlough scheme and business loans, and local governments have the option to make grants, reported BBC (June 22).

Darren Labbett, managing director of Woods Foodservice, noted the company was used to a hive of activity in its warehouse, but activity has dried up as demand died down in the foodservice sector. Additionally, despite the ability for restaurants in the nation to reopen, he worried the industry is unprepared and that some restaurants will take their time in reopening.

"Many of our customers say they won't reopen until September, and that would be a disaster for us," he said.

While the COVID-19 pandemic hit Britain hard, some are fearful a no-deal Brexit could have an even greater impact on food supplies. Experts from Scotland's Rural College (SRUC) warned it would be harder for some people in the nation to eat daily recommendations of fruit and vegetables under a no-deal Brexit, reported Yahoo! News (June 22).

The transition period for Brexit, which is slated to expire in December, could drastically affect the food chain in the nation. Imports of fruits and vegetables from the EU fell between March and April, pushing prices for onions up by 26.7%. Over the same time period, mushrooms and tomatoes saw price increase of 10%, according to SRUC.

The country is highly dependent on imports of both fruits and vegetables, with half of the tomatoes, onions, mushrooms, peppers, cucumbers, and lettuce consumed in the nation imported. Between 75% and 100% of the products were imported from the EU in 2019.

“This can have important effects on the nutrition of the UK population, particularly for those with limited income, hampering any improvement towards the five-a-day goal," the researchers said.