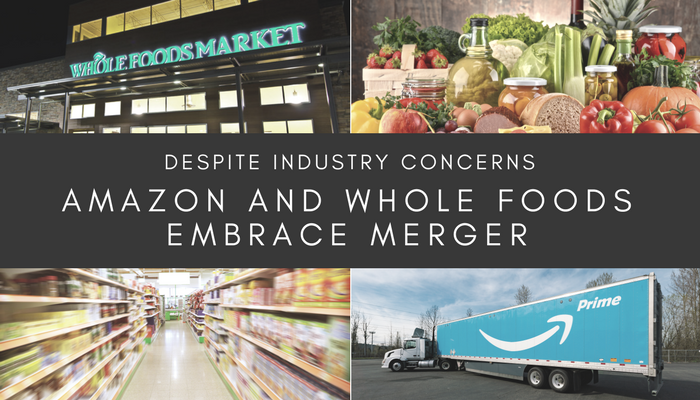 Many customers and suppliers of Whole Foods Market have been voicing their concerns about the company since its acquisition by Amazon. There has been worry that some of the new policies implemented by the chain will hurt their sales or impact the shopping experience.

To allay some of these concerns, Whole Foods Market met with suppliers in Austin, TX, to discuss some of its new initiatives. The company outlined its new loyalty program at the meeting, in which Amazon Prime members will get exclusive discounts on the most popular Whole Foods items and additional savings on regular weekly sales. In addition, the company's president and COO A.C. Gallo claimed its new buying structure will not raise suppliers' costs upfront, and will reduce their costs in the long term, reported Fortune (March 20).

Gallo also discussed the company’s new inventory management system, which has been attributed with an increased amount of out-of-stocks, although Gallo claims increased demand was behind some of the empty shelves. He claims the system gives employees in the store more tools for figuring out how to better manage inventory so they don’t run out of key items, while providing more consistency for suppliers.

Meanwhile, more than a dozen Whole Foods Market executives and senior managers have left since Amazon acquired the chain, according to former employees and recruiters. People who have left include leaders of the bakery, produce, sustainability and local foods divisions, reported The Wall Street Journal (March 22).

However, executives from both Amazon and Whole Foods claim the two companies share a customer focus, are fitting together well and have made great strides in the merger in a short time. "We...have maintained our distinctive culture while embracing many of Amazon’s leadership principles," said Whole Foods co-founder John Mackey.

Despite these operational changes and supplier concerns, Amazon is continuing to move forward with integrating the two businesses as much as possible. Amazon is searching for bigger Whole Foods Market locations that can serve as grocery stores and distribution centers for online orders, according to a person familiar with the matter, reported Bloomberg (March 22). While the average Whole Foods store is currently about 39,800-sq. ft., sources say the retailer asked landlords to scout locations of 50,000- to 80,000-sq. ft.

The company also wants to convert areas of the parking lot into stalls for Amazon delivery contractors to load orders and has reportedly asked one of its landlords to create the stalls at some stores. Regency Centers was allegedly asked to repurpose as many as six parking spaces near the front and back entrances of some locations, which will be held for Amazon delivery drivers.