Sep 17, 2019
Is Amazon's Search Algorithm Boosting its Own Products?
By Victoria Campisi 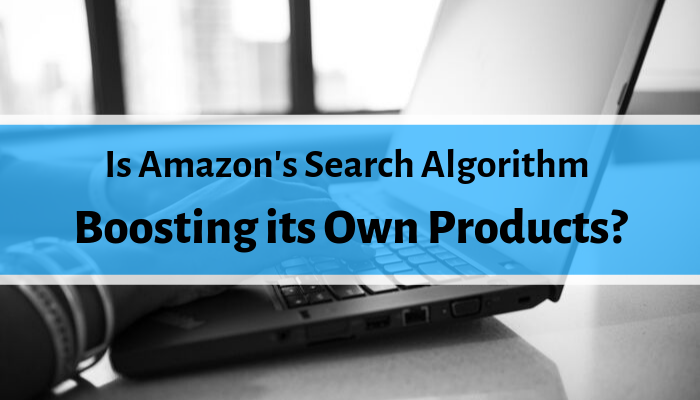 Amazon reportedly adjusted its product-search algorithm to more prominently feature listings that are more profitable for the company, according to people familiar with the matter.

Amazon's rankings can make or break a product as the site's search bar is the most common way for U.S. shoppers to find items online. Nearly two-thirds of purchases come from the first page of search results, according to marketing analytics from Jumpshot.

The U.S. and the EU are examining Amazon's dual role as a marketplace operator, as well as a seller of its own branded products. A skewed algorithm could drive customers toward thousands of Amazon's own products that deliver higher profit margins than competing listings.

However, Amazon's lawyers rejected an internal proposal for how to add profit directly into the algorithm, saying it represented a change that could create trouble with antitrust regulators, according to one of the people familiar with the matter. The Amazon search team, dubbed A9, viewed the profitability push as violating the company's principle of doing what is best for the customer.

"This was definitely not a popular project," said one of the people familiar with the matter. "The search engine should look for relevant items, not for more profitable items."

Amazon considered long-term profitability for many years and does look at the impact of it when deploying an algorithm, according to the company. "We have not changed the criteria we use to rank search results to include profitability," said Amazon spokeswoman Angie Newman.

The company declined to say why A9 engineers considered the profitability emphasis to be a significant change in the algorithm. The people who worked on the project said they didn't know how much the change has helped Amazon's own brands, as the algorithm still stresses metrics such as unit sales.

Amazon's private label business, about 1% of retail sales, would represent less than $2 billion in 2018. The business is expected to post $31 billion in sales by 2022, according to SunTrust Robinson Humphrey.

Although Amazon does not publicly share a list of its private brands, it's known that the company owns at least 70, reported Fortune (Sept. 16). In addition to owning Whole Foods, Amazon sells snacks under the brand name Happy Belly.

Private label market share has reached nearly 25% of unit sales in the U.S. and is expanding faster than national brands, according to Private Label Trade Show. In 2018, private label grew by 4.4%, four times as much as national brands, representing a gain of $5.5 billion.

Amazon's private-label products are designed to be more profitable than competing items because the company controls the manufacturing and distribution and cuts out intermediaries and marketing costs.

The private label executives argued Amazon should promote its own items in search results and pointed to grocery-store chains and drugstores that showcased their private-label products next to national brands and promote them in-store.