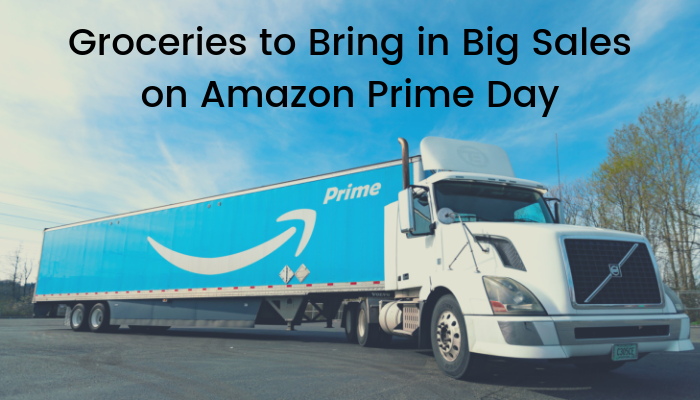 Now extended to 48 hours, Amazon's longest ever Prime Day will be massive for every category, especially in food.

Grocery sales are expected to be bigger this year than in 2018, according to Profitero. Almost one in four Prime members in the U.S. and one in five in the UK are looking to make a grocery purchase. Expect Amazon to extend more Prime Day deals inside Whole Foods stores too as it did last year.

Half of Prime members are likely to try a product they don't normally buy if offered a Prime Day discount. So, for food and beverage brands in particular, Prime Day is a great time to introduce new products. Not only will there be extra awareness and traffic, but it's a good way to ramp up trial and increase the number of reviews, which are heavily weighted in Amazon's search algorithm.

Small brands will have their chance to shine on Prime Day, and even outperform larger competitors. In 2018, Amazon revealed that small and medium-sized businesses worldwide exceeded over $1 billion in sales during the promotion period. This year, Profitero predicts more of the same for small brands.

Walmart is planning to release thousands of "special buys" and "rollbacks" between July 14 and 17, coinciding with Prime Day. Around the same time frame, Target is offering "deal days," what it says will be its biggest sale of the summer. eBay is even offering discounts starting as early as July 1, along with a "crash sale," which will feature special discounts if Amazon's site crashes on Prime Day.

Amazon's decision to make Prime day 48 hours this year will turn up the competitive pressure on its rivals, according to Moody's vice president Charlie O'Shea. "Amazon's announcement that its annual Prime Day promotion now requires 'pluralizing' as it will be two days this year… will make an already acutely-competitive retail environment even tougher," said O'Shea."Making this even tougher, Walmart and Target will react, further turning up the competitive heat."

as for where your packaged will be delivered, you may want to look for the nearest Rite Aid. Amazon teamed up with the chain to make it easier for customers to get packages, reported USA Today (June 27). Amazon shoppers can now pick up their packages at designed counters inside more than one hundred Rite Aid stores, a free service that will be available at over 1,500 of the chain's locations by the end of this year.

"Ultimately our goal is to provide a significantly larger and ultra-convenient range of choices for our customers to get their package,'' says Patrick Supanc, worldwide director of Amazon Hub. "Customers have told us that sometimes delivery to their home or work isn't always the best or most convenient option. They may live in a high-rise city apartment where it's less convenient....You may want to pick something up while you're traveling. So we want to give options to our customers for all of these scenarios.''