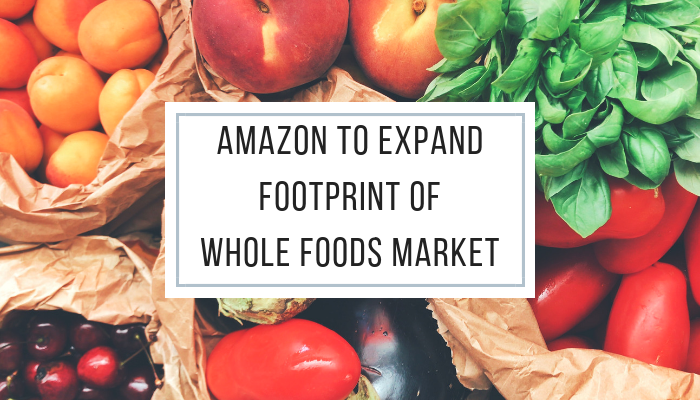 Amazon intends to build and expand Whole Foods Market stores across the U.S. in an effort to reach more customers.

The plans call to open and expand Whole Foods stores in more suburbs and locations underserved by the company. Sources noted Whole Foods employees visited retail spaces in Idaho, southern Utah and Wyoming, all markets the company does not currently operate in , reported The Wall Street Journal (Dec. 31, 2018).

Some of the potential spaces were about 45,000-sq. ft., larger than an average Whole Foods location, with analysts noting the extra space could accommodate Amazon delivery and pickup options for online orders. Amazon is reportedly seeking to expand its Prime Now offering, a two-hour delivery options for Prime subscribers, to nearly all of its nearly 475 stores in the U.S. Additionally, the company is looking at Prime benefits as a way to lure customers to Whole Foods stores.

Financial advisor D.A. Davidson believes Amazon could benefit fwrom expanding its portfolio of physical stores beyond just Whole Foods Market as another means to advance its delivery efforts. The firm noted adding gas stations could provide the company with thousands of commercial locations to house delivery stations, which could be used for Amazon Lockers or to utilize Amazon Go, reported The Seattle Times (Jan. 2).

Additionally, the company could use information gleaned from the brick-and-mortar stores to ascertain “additional data on the physical whereabouts of consumers” and it would have “thousands more locations where it would know where consumers were shopping,” said D.A. Davidson analyst Tom Forte.