Apr 10, 2015
How Algae Could Curb Prophylactic Antibiotic Use
By Chris Campbell 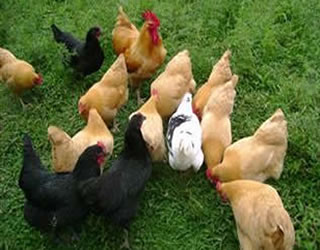 Beta glucan, a protein that can be derived from algae and yeast, could become the replacement product for a substantial portion of agricultural antibiotics, according to Geoff Horst from Algal Scientific. He admits that it would not completely displace the use of antibiotics in the meat industry, but would be able to provide common ground for consumers who want to cut back on standard-issue antibiotics and farmers who need a product to help promote growth in their animals.

Algal Scientific is in the early stages of commercializing Algamune, a form of beta glucan developed by the company from a specific strain of algae. The product is said to promote growth in livestock without the negative effects antibiotics can produce, like strengthening antibiotic-resistant bacteria. In addition, Algamune can also provide some health benefits to animals. The product will only add approximately $2.50 per ton of feed at commercial scale, a price equivalent to the growth-producing antibiotics added today. It is also lower than the $5.00 per ton price tag on high-grade beta glucan harvested from yeast.

Horst understands that the product will not replace antibiotics completely, as his product is not intended to cure acute and wide-spread bacterial infections in a flock. However, he believes that by offering an effective product at a competitive price point, Algamune can be the economically-viable alternative to prophylactic antibiotic use.