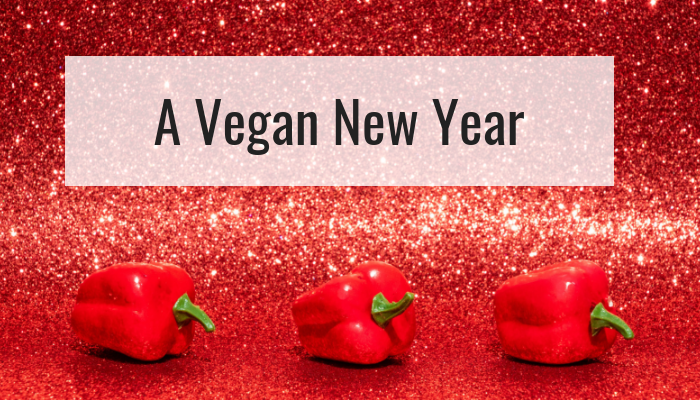 One hundred and seventy thousand people across 14 countries kicked off 2019 by ditching meat.

Veganuary is a pledge people are making to go vegan for the whole month of January - meaning they will eat a diet that is entirely plant-based. Reuters (Jan. 2) reported that the amount of people pledged to the British-based campaign is nearly triple the amount that it was two years ago, according to its organizers.

In 2018, it seemed as though there were new stories with "vegan" in the headline every week, whether it be related to how it could affect our own health or the health of the environment. Rich Hardy, head of campaigns at Veganuary, suggested that these warnings from scientists had persuaded many people who might not have normally chosen to try veganism, reported The Guardian (Dec. 31, 2018).

"It's entering the mainstream," said Hardy. "It's doing something not just for yourself but also for animals and the planet as well."

About half of those taking part in Veganuary were previously meat-eaters, according to data collected from those signing up, and organizers said two-thirds were expected to remain vegan once the month is over. The top reasons given for taking part we concerns over animal welfare, health reasons and the environment.

Supermarkets, restaurants and other food companies have been quick to see the growing trend and at The Food Institute we are seeing more and more offerings available to consumers. The number of vegan food and drink products launched globally more than doubled in the five years to June 2018, according to data from Mintel.

In Britain, the popular bakery chain Greggs released a much anticipated vegan version of its classic sausage roll for Veganuary. The company said on its Instagram page that it will evaluate it as a possible permanent menu item post January, depending on the public's reaction. Pizza Hut UK, which first rolled out vegan cheese in November, also released a vegan-friendly jackfruit pizza for the month.

Swiss giant Nestle is planning its own vegan push by introducing a meatless burger along with purple walnut milk, reported Bloomberg (Dec. 28, 2018). "The Incredible Burger," is made from soy and wheat protein and is to be released under the Garden Gourmet label in the spring.

It is estimated that Nestle's plant-based business may reach more than $1 billion in sales within a decade, according to Laurent Freixe, CEO of the America's region.

Nestle Chief Technology Officer Stephan Palzer identified plant-based customers as one of the fast-growing "food tribes," with others being those who follow gluten-free or lactose-free diets. Veganism's popularity among millennials makes it even more appealing to companies.

"While digging deeper into consumer trends, we found they changed a bit in the last couple of years depending on how consumers define a healthy diet," he said.