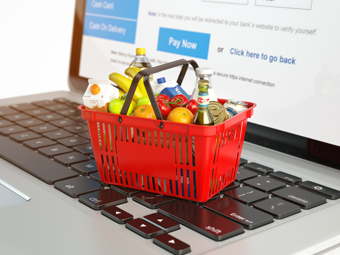 At $13.7 billion, Amazon’s proposed acquisition of Whole Foods Market is largest deal ever for a grocer and equates to a 10 times EV/EBITDA multiple, notes a report from BMO Capital Markets.

“The market’s been talking about the intersection between bricks and mortar and e-commerce for a while, including a recent panel at our annual Farm to Market Conference last month. No one's immune from the implications of such a deal. It has implications beyond the nature of just food retailing. It raises question around the nature of Amazon's product delivery and brand strategy - food or otherwise," commented Karen L. Martin of BMO Capital Markets.

In the report, BMO noted it did not see an acquisition by a large-traditional supermarket (as media reports suggested) as a viable fit. While we believed Whole Foods' fundamental outlook remained challenging on a stand-alone basis, the outlook could clearly be vastly different under the Amazon umbrella as Amazon will likely be able to not only make Whole Foods' prices more competitive but also clearly bring industry-leading technology (eg., Amazon Go) to Whole Foods and allow Whole Foods to re-focus on its core strength of innovation.

BMO estimates that Amazon may already generate up to $6 billion in natural/organic/specialty (NOS)and that a combined Amazon/Whole Foods could ring up as much as $22 billion in NOS sales.

Barclay’s meanwhile “would not be surprised if there is a bidding war for Whole Foods," noting potential bidders could include Walmart, Kroger and Target.

Whole Foods will continue operating under its existing name, and John Mackey will remain CEO of the company.

This marks the 10th acquisition in the supermarket industry tracked by The Food Institute this year, compared to 19 in the first half of 2016.

Four years before COVID, a market analysis report by Grand View Research predicted the global food robotics market would attain a value of approximately $3.4 million, with a CAGR of 13.1% by 2025. COVID has rapidly accelerated the growth of the market to meet consumer needs. Food robots, for instance, cooked, delivered, and...

A former president of The Food Institute,  Brian has been interviewed on consumer and food industry trends on a number of television programs, including Fox News, The Today Show, NBC News, the CBS Evening News and the PBS Nightly Business Report, and quoted in publications ranging from The Wall Street Journal and New York Times to Supermarket News, Progressive Grocer and Food Processing magazine. He has also been a frequent guest on various Public radio programs discussing food prices, mergers & acquisitions, and other industry issues.