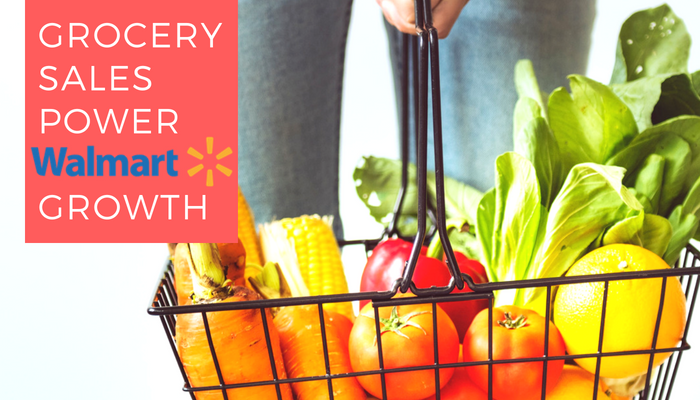 Comparable sales at U.S. stores rose 4.5% in the three months ended in July, reported Bloomberg (Aug. 16). Another bright spot in the second quarter was the Sam's Club warehouse chain, which saw same-store sales increase 5%, the strongest quarter in six years.

"We're pleased with how customers are responding to the way we're leveraging stores and e-commerce to make shopping faster and more convenient," said Walmart CEO Doug McMillon. "We're continuing to aggressively roll out grocery pickup and delivery in the U.S."

The company now offers curbside pickup of online grocery orders in 1,800 U.S. stores, which is bringing in new customers, according to CFO Brett Biggs. Biggs said the retailer benefited from improved weather in the first month of the quarter, which led to the biggest quarterly gain in customer traffic.

For the full fiscal year, Walmart expects comparable sales, excluding fuel, to increase about 3%, after expecting growth of 2% at Walmart stores and slightly negative to flat performance at Sam's Club.

Walmart, the largest grocer in the U.S. with a 23% share of the market, plans to offer home delivery of groceries to 40% of the U.S. population by the end of the year, reported The New York Times (Aug. 16). The company's competition with Amazon escalated after it began to offer pickup service at its Whole Foods Market stores. Walmart's online grocery strategy has required the company to combine its vast inventory with a digital infrastructure and, after the company redesigned its website, its e-commerce sales in the U.S. increased 40% in the second quarter from a year earlier.

The head of Walmart's U.S. e-commerce business, Marc Lore, said brands are now more interested in selling on Walmart.com as the website is easier for shoppers to navigate and has localized touches, reported CNBC (Aug. 16). Partnering with new brands takes time, Lore said, but the company is already seeing heightened traffic to certain parts of the site.

"We're pleased with how customers are responding to the way we're leveraging stores and e-commerce to make shopping faster and more convenient," said McMillon.

Like others in the industry, the company is facing higher transportation costs because of rising fuel and a shortage of truck drivers in the U.S. and, along with proposed tariffs, Walmart may pass on some of those price increases to consumers.

"While we know questions persist about tariffs, the potential future impact is difficult to quantify," said Biggs. "We are closely monitoring the tariff discussions and are actively working on mitigation strategies, particularly in light of potentially escalating duties."

In The Food Institute's recent webinar "Achieving a self-sustaining business model: Top 3 trends companies need to think about post-COVID-19," Greg Wank, CPA, CGMA, partner and leader of Anchin's food and beverage group, as well as David Eben founder and CEO of Carrington Farms, discussed how to have a more successful business while burning less capital and attaining self-sustainability. The following summarizes the salient points highlighted...