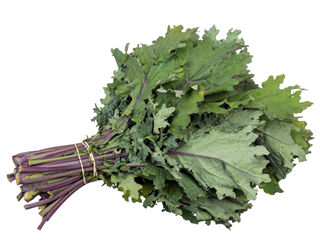 Last year, McDonald’s tested a breakfast bowl with kale in Southern California. It was not surprising, considering that the trendy vegetable has been added to the menus of numerous more upscale quick-serve restaurants like Panera and has been very well received. This was testing the waters as the fast food giant moves to become a "modern, progressive burger company," as Chief Executive Officer Steve Easterbrook commented last year when McDonald’s began offering breakfast all day – a move now considered a marketing masterstroke.

So why doesn’t the nation’s largest hamburger chain just add kale to the menu at all of its restaurants to further accelerate sales?

The Food Institute, an information service for the food industry, has a pretty simple answer: “There likely would not be enough kale available to do so and would certainly push kale prices sharply higher,” commented Brian Todd, President.

The 2013 fresh kale supply in the United States stood at 176 million lbs., according to government statistics – 40% more than five years earlier as demand has rapidly increased.

Even if each McDonald’s sold only 10 lbs. of kale daily, the chain’s kale usage alone would be over 50 million lbs. of kale a year, or nearly one-third of the entire supply. Obviously that would mean less kale for everyone else if they succeeded in getting that share of the supply. Clearly a dilemma for McDonald’s and others if fresh kale were to become a menu mainstay.

Putting this in perspective, McDonald’s uses an estimated 3.4 billion pounds of potatoes each year or about 8% of the U.S. potato supply – a lot of spuds come into and are sold under those arches. But will McDonald’s use of potatoes increase as well if the chocolate-covered fries they recently introduced in Japan go viral?

Not exactly a healthy snack but one that certainly follows the salty-sweet snacking trend and a way for the chain to increase traffic and bring a smile to faces of the nation’s potato farmers.

Consumers are seeking out foods and flavors that bring back fond childhood memories, according to Kroger's Top Five Trends for 2020....