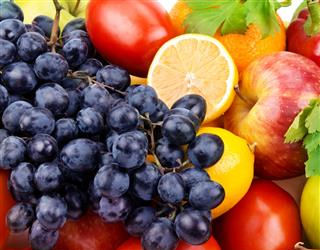 The current estimate puts the state's grapefruit crop just above the 12.8 million boxes Florida growers produced in the 2004-05 season, when three hurricanes swept through the state's citrus belt and knocked most of that crop off the trees. Before that, the lowest crop was 11.5 million boxes produced in 1935-36.

Growers blamed citrus greening for the crop reduction as farmers report that trees are producing fewer grapefruit that are smaller in size. Smaller sizes result in more fruit needed to fill the standard field box, thus reducing the total harvest.

USDA also dropped the state’s frozen concentrated orange juice yield forecast. The season estimate is now for 1.54 gallons per box at 42 degrees Brix, down 1% from the March forecast and 2% from last season's final yield of 1.57 gallons per box. The projected orange crop remained at 102 million boxes.

To combat the greening in Florida, the citrus industry is looking for $18 million inserted into the 2015-16 budget for the Florida Department of Agriculture and Consumer Services to support research, to grow clean citrus stock and to remove and replant diseased trees.

Campbell witnessed its best quarterly performance in more than 30 years, according to Consensus Metrix, as the the company worked on making its soups better tasting, more filling, and derived from simpler ingredients. It also added trending varieties, such as bone broth, reported The Wall Street Journal (June...