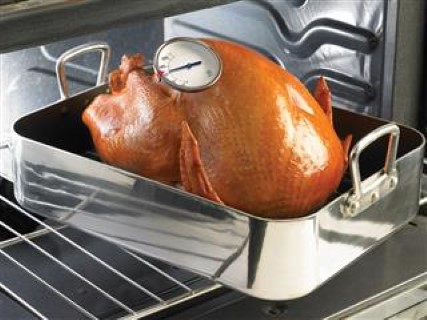 The cost of avian flu has a dollar total: $1 billion. That is the combined total that researchers at the universities of Minnesota and Iowa State estimate will cost the two hardest hit states by the outbreak that as of May 19 has spread to 15 states and resulted in the death of 37 million birds.

Accounting for sales losses to include feed suppliers, trucking companies and processing plants, the economic impact for Minnesota is estimated at a loss of nearly $310 million to the state that produces the largest amount of turkeys in the U.S. The loss from egg production in Iowa is calculated to be at just over $600 million.

Egg suppliers are beginning to feel the pinch. Sysco Corp.'s egg supply could be limited for nine to 18 months due to the avian flu outbreak. Michael Foods announced on May 14 that it would not be able to fulfill all its contracts to supply egg products. The company will discontinue certain product lines and take appropriate pricing actions as reduced egg supply and higher operating costs hit its suppliers.

Prices for eggs and turkey meat are rising in the Midwest as the cost of a carton of large eggs in the Midwest jumped nearly 17% to $1.39 a dozen, eggs used as ingredients in processed products climbed 63% to $1.03 a dozen and fresh boneless and skinless tom breast meat for deli meat rose 10% to $3.37 a pound since mid-April.

The outbreak is also having an effect on international sales. Exports of turkey meat will fall 10%, eggs about 1.5% and chicken meat exports 6.8% this year, according to USDA. The export decline is due to national bans of all U.S. poultry products imposed by China, Russia and South Korea.