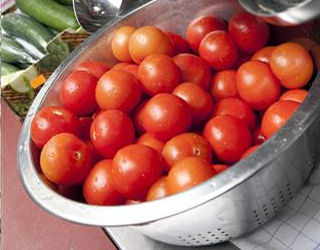 As the marketing year closes for tomato processors, growers and producers alike are taking stock of the previous year while looking forward to the next. California tomato processors harvested an estimated 889,000 tons for the week ending July 23, according to the Processing Tomato Advisory Board. In all, the year-to date harvest was set at about 1.9 million tons, behind the approximately 2.8 million tons harvested during the same period in 2015. There were also reports of curly top virus and spotted wilt virus in fields located in Fresno and Kern counties.

During the recently completed marketing year, ketchup imports declined 12% in volume and 10% in dollar value for the year ending May 31. About 3.3 million-lbs. were imported compared with about 3.7 million-lbs. in 2015. The total cost was about $2.4 million, down from about $2.7 million last year.

While incoming shipments were on the upswing, exports dropped 15% in volume and 26% in dollar value for the marketing ending May 31. About 845.8 million-lbs. were exported compared with about 999.5 million-lbs. the previous year. The total cost was about $336.9 million, dropping from about $452.9 million in 2015.

From a historical perspective, tomato paste imports have been on the rise. Between 2012 and 2015, a 64.4% increase in value and 20.44% increase in value for product in containers holding less than 1.4 kg was reported. For containers holding more than 1.4 kg, the increases were more noticeable, with value rising 116.1% and volume increasing by 142.4%. Exports are also rising, with a reported 54.4% increase by valuea nd 33.7% increase by volume during the time frame.

We cover processed tomato products, among many other grocery products, in our Market Info Center. Members can access the information, which is updated throughout the month, at any time. Interested in becoming a member? Click here.