Aug 31, 2015
10 Years Later: Food and Culture on the Rise in New Orleans
By Chris Campbell 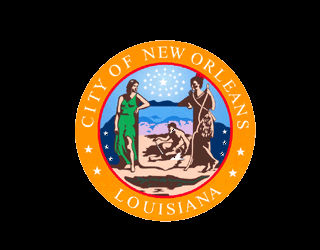 Earlier this year, I was lucky enough to spend a long weekend in New Orleans. It was my first trip to the city, and one of the first things that struck me was how beautiful the city itself was, followed closely by how friendly the locals were. By the time I was sitting down for my first meal, I also began to realize how important the food culture was to the city's inhabitants. From a signature beignet from Cafe Du Monde to an excellent softshell crab po'boy from Acme Oyster House to the crawfish garnishing a Bloody Mary at Sunday morning brunch, I was continually impressed by the cuisine the city offered. By the time I left, I was completely in love with New Orleans.

There was one thing that did not strike me immediately, however: I could barely tell that most of the places I ate at were dealing with the devastation of Hurricane Katrina about ten years earlier. That is an unbelievable testament to the resilience of the city, which became ground zero for the worst and costliest natural disaster in U.S. history that killed 1,836 people on Aug. 29, 2005.

Now, the city boasts 600 more restaurants than it did 10 years ago. In 2006, the city had just 3.7 million visitors. By 2014, it hosted nearly 9.5 million for the full year. As the tourism industry in the city grows, so does the influence of its culinary scene. The city already had a strong reputation for unique foods, and that is only expanding. The ethnic and contemporary restaurant scene is booming, turning it into an international foodie Mecca, complete with a string of James Beard award winners and fusion cuisine outlets. Latin and Vietnamese eateries especially are expanding. The city's craft cocktail trend also revitalized the New Orleans bar scene.

The food revolution in the city is not limited to just major culinary awards, however. Burnell Cotlon, a resident of the Lower Ninth Ward, realized his community was a food desert in the aftermath of Katrina. He put his life savings into a grocery store, naming it the Lower Ninth Ward Market. In the past, it would take three bus rides and half a day to just make it to a grocery store. Now, citizens of the neighborhood have a local store to purchase their daily meals.

Small stories like this are just a fraction of a city that seems to be on the mend after an intense period of suffering. As easy as it would be for the citizens of the city to throw in the towel to move on to greener pasture, the New Orleans faithful remained and revitalized their neighborhoods and their city as a whole. It's hard to believe it's been a decade since Hurricane Katrina, but I'm also excited to see how much the city continues to grow in the next ten years.